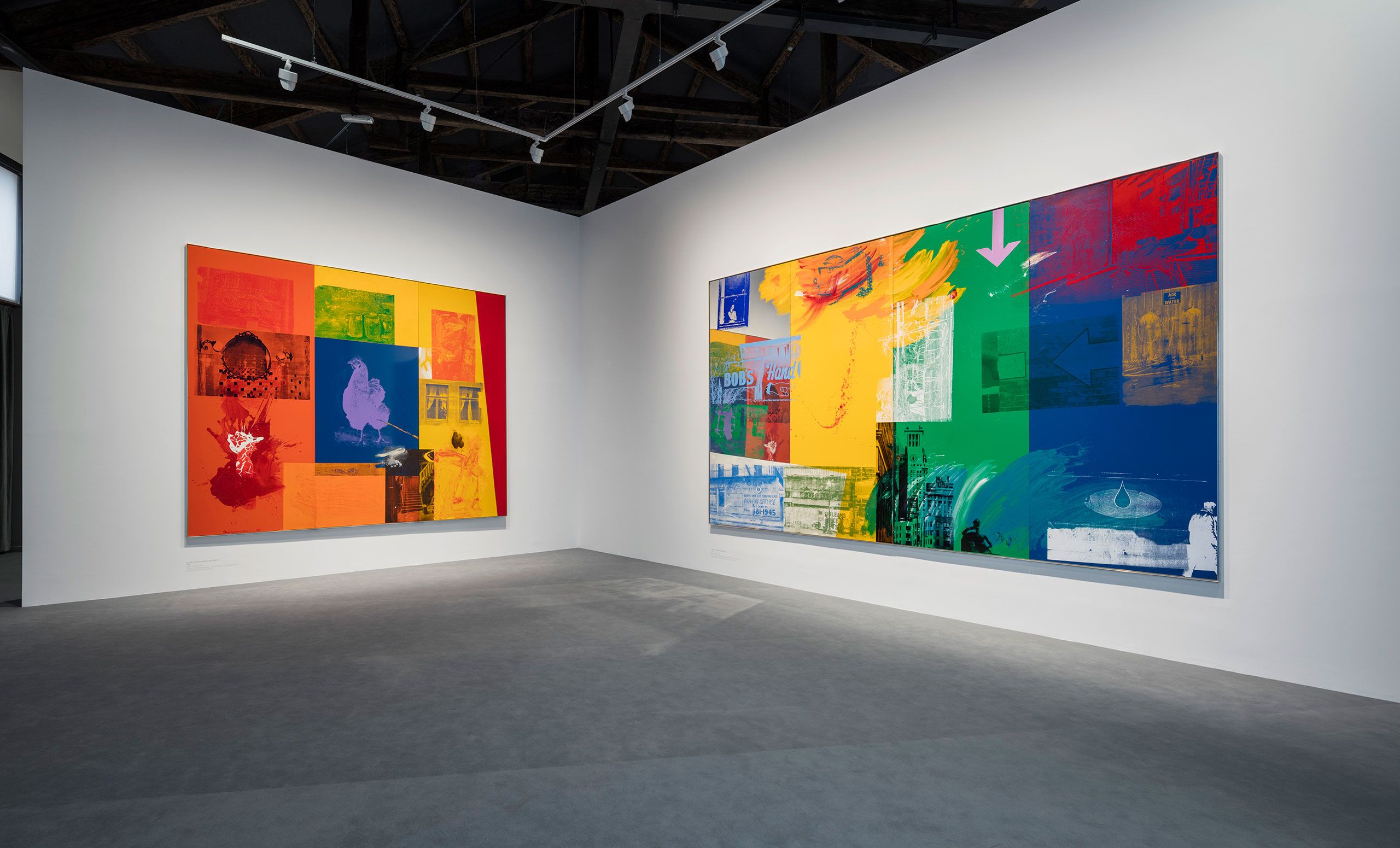 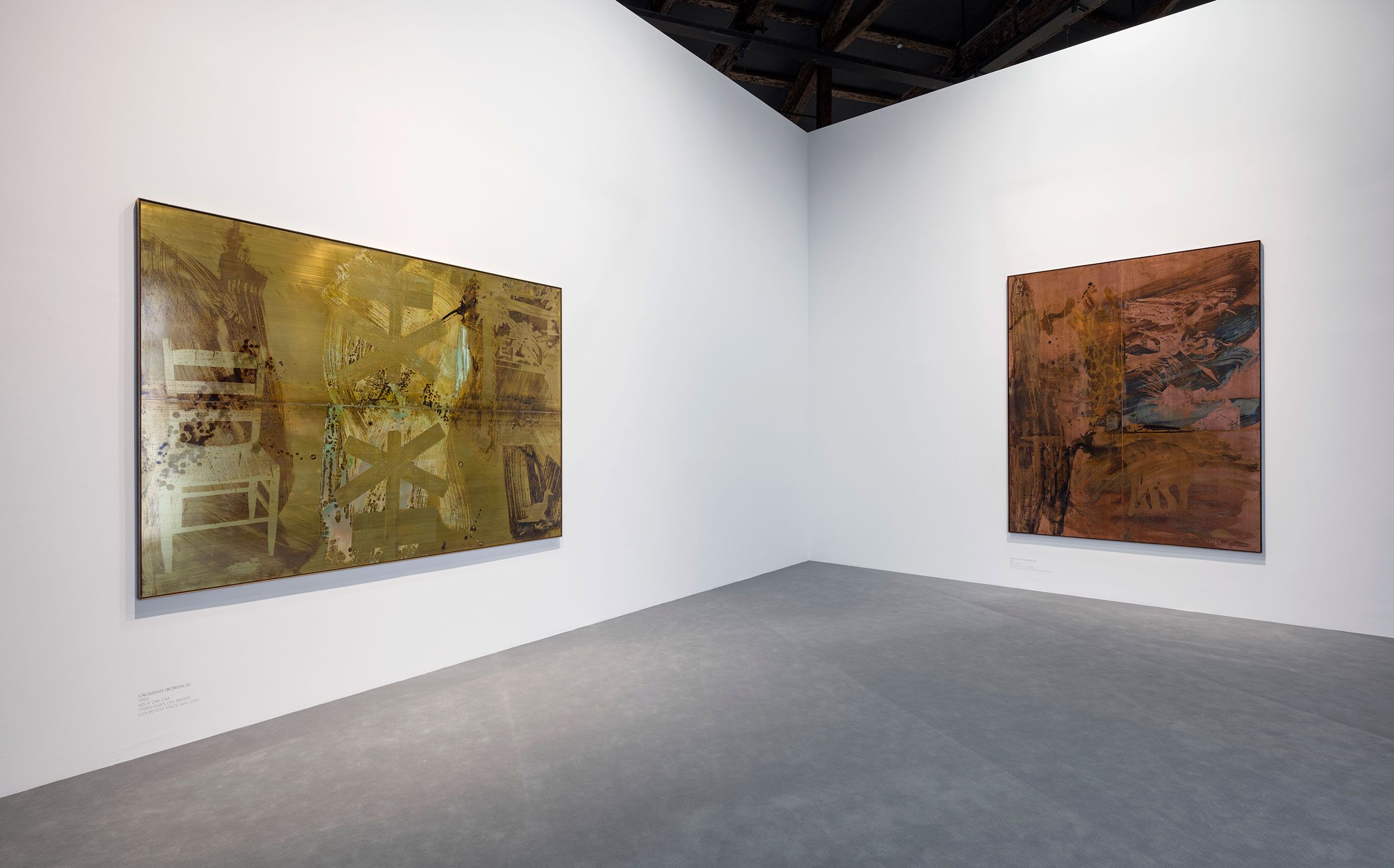 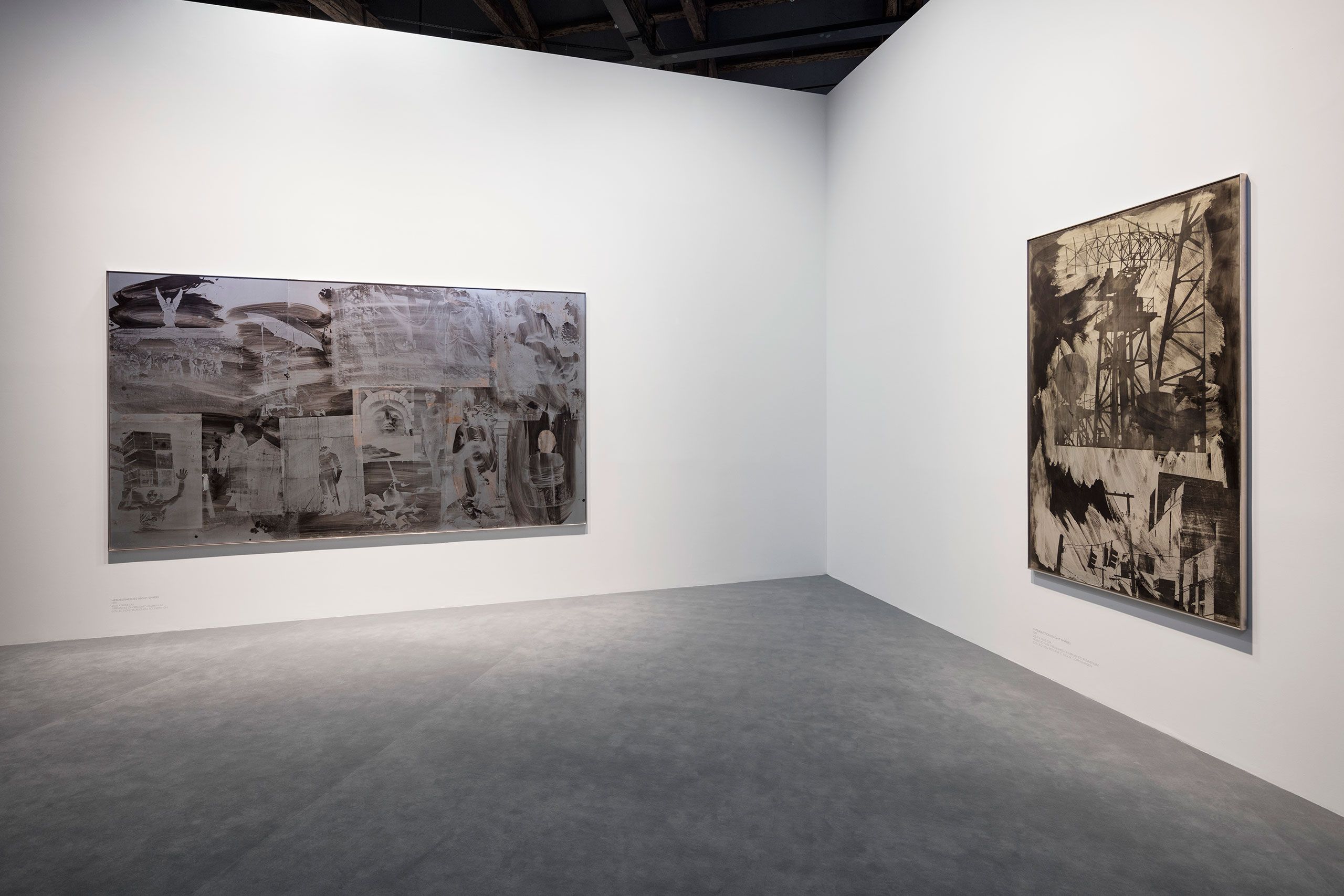 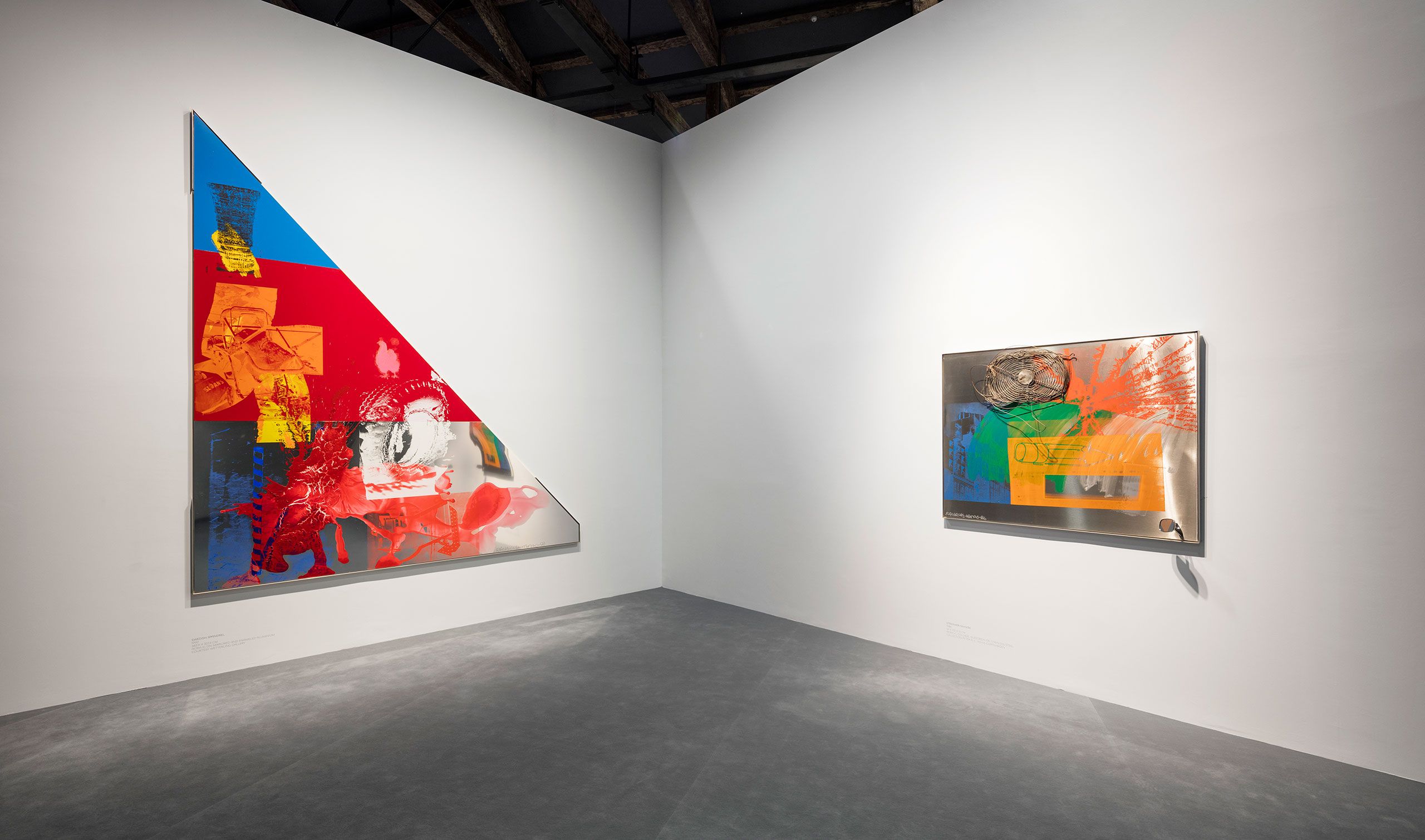 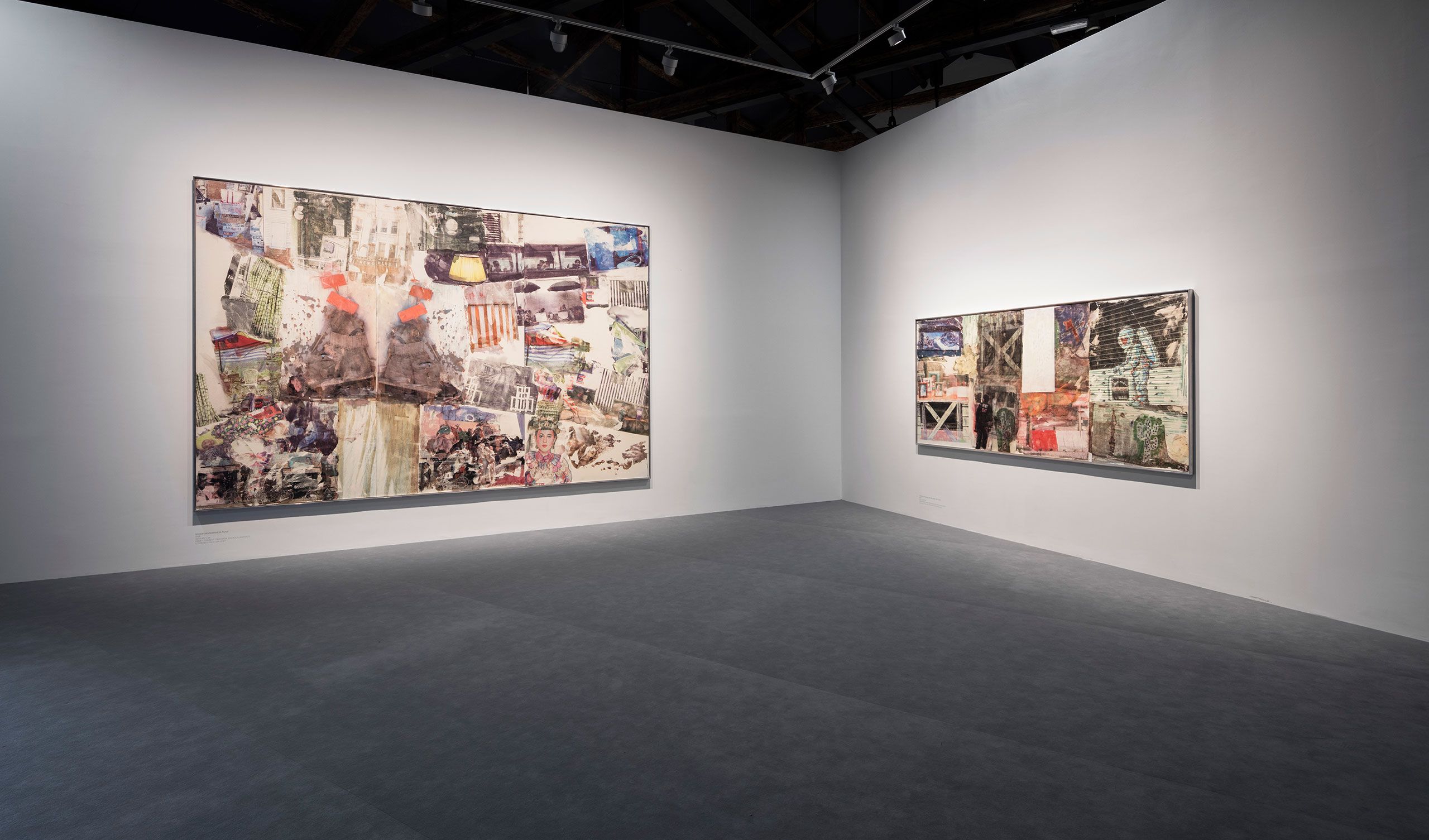 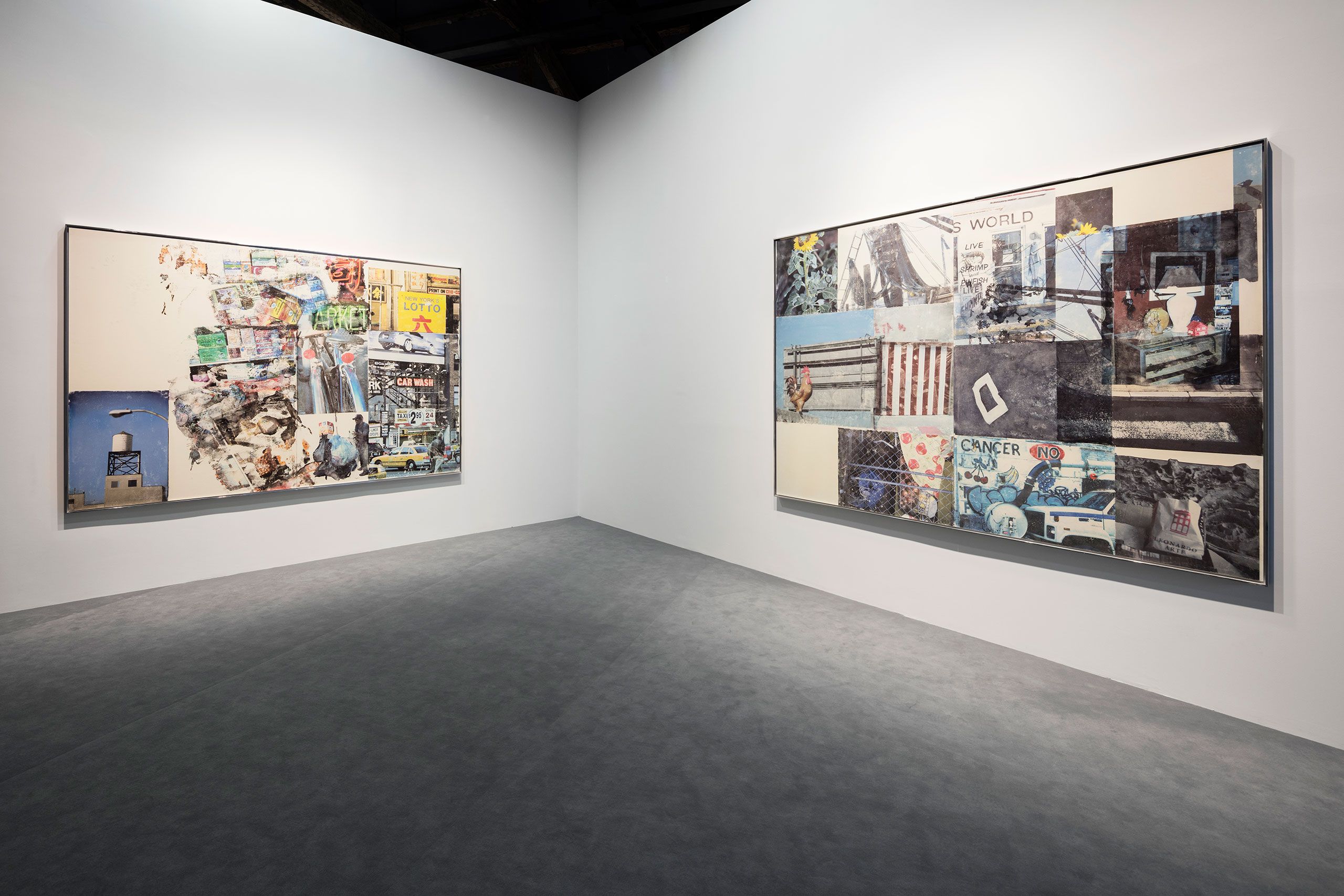 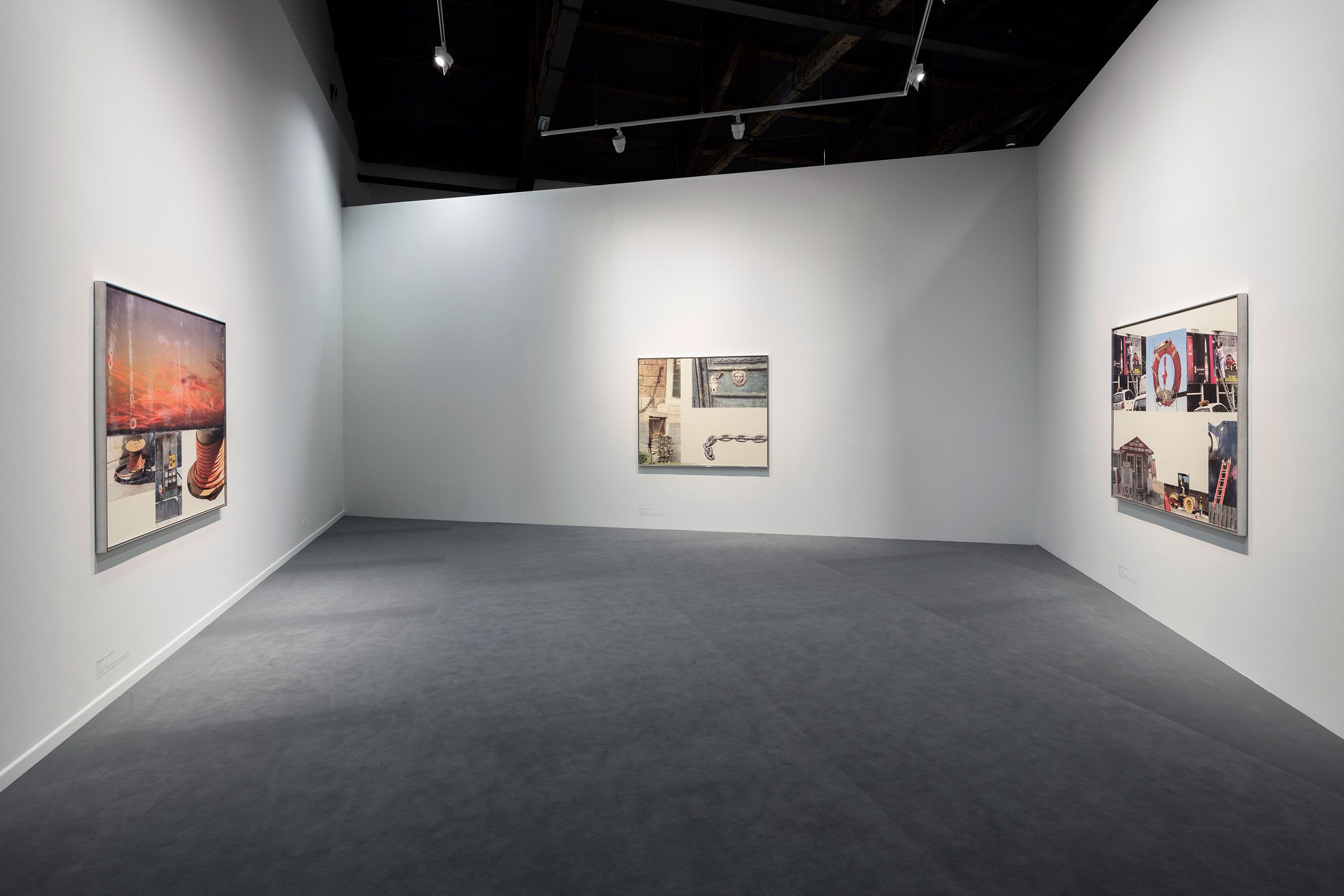 Building on the story of the very first silkscreens in contemporary art, the exhibition, Late Series, presents two artworks from some of the most important later series by Rauschenberg, amongst other Borealis, Urban Bourbon, Night Shades, Scenarios and his last one: Runts. A common thread for all series is the image transfer, which started in 1962 and since got developed and refined in multiple ways.

Robert Rauschenberg was one of the most influential artists of his time and still is. His approach to art was eclectic, consisting of multiple images, materials and photographs transferred or sculpted to the canvas with a large variety of different techniques. Rauschenberg wanted to reflect the world around him in his art and creative activities. Many of his latest works have resulted from lifelong exploration of image-transfer methods, as well as his open-minded attitude towards the world around him. 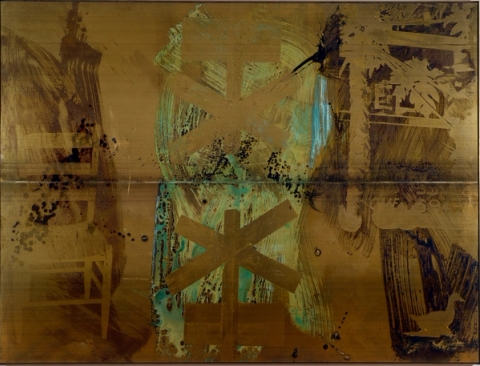 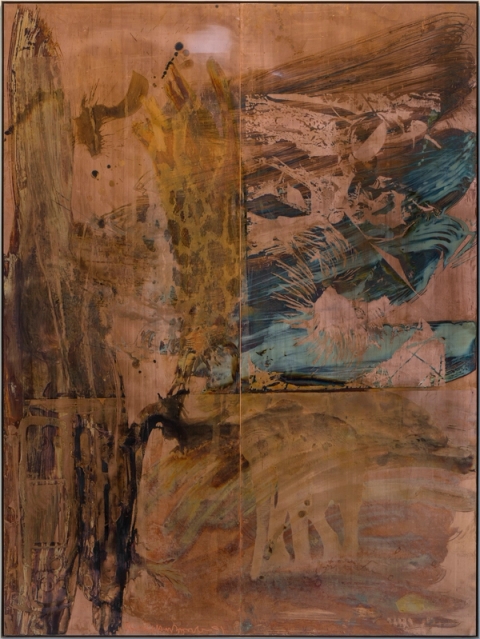 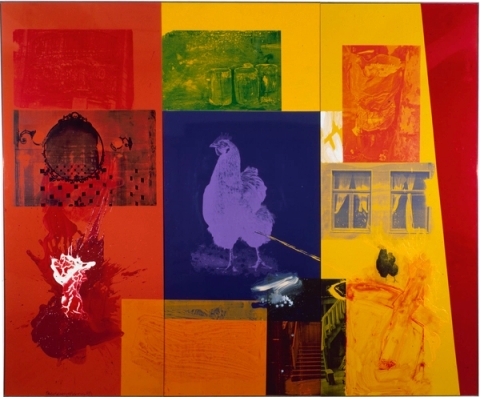 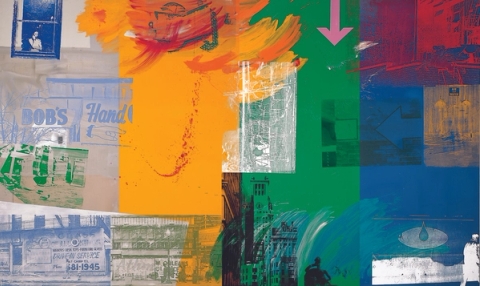 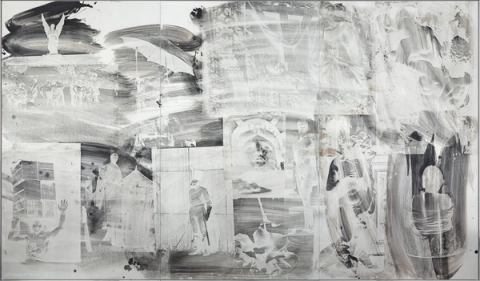 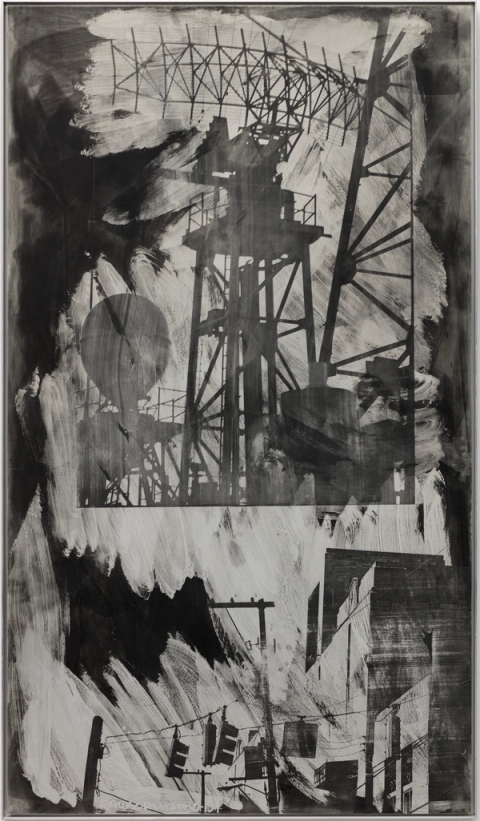 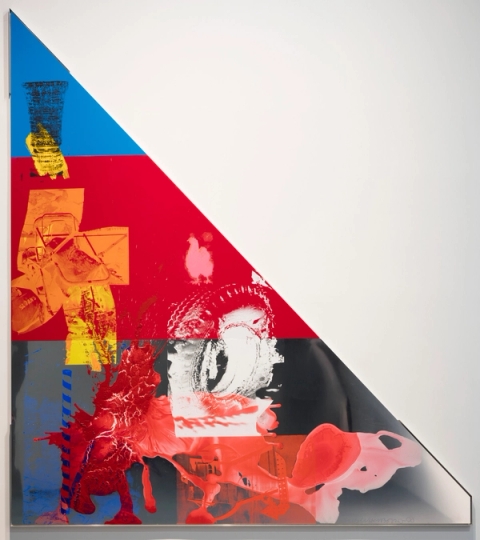 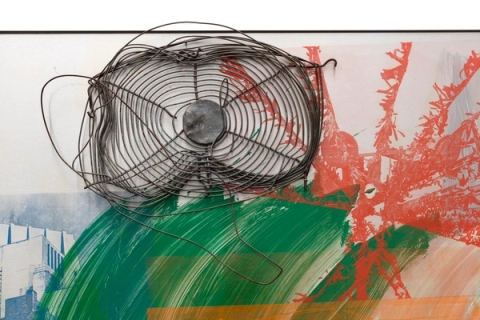 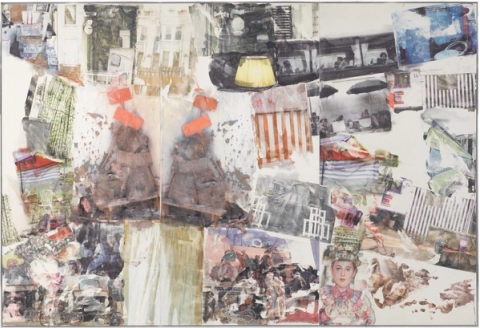 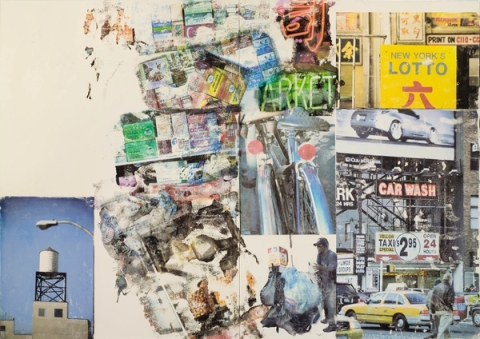 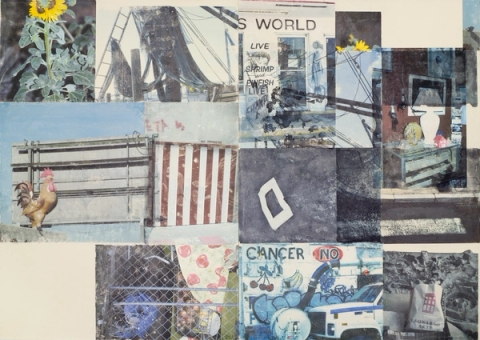 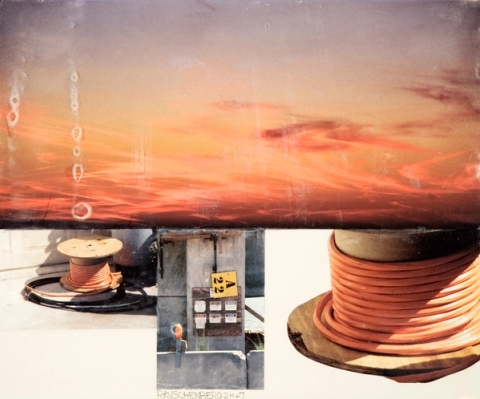 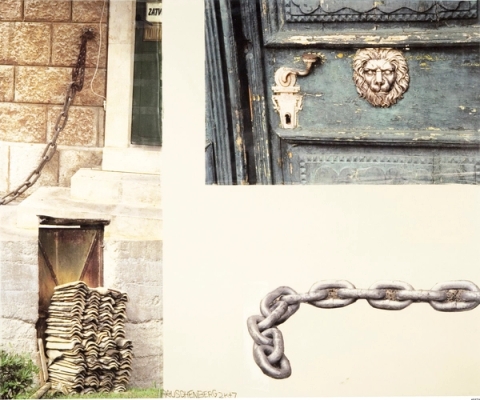 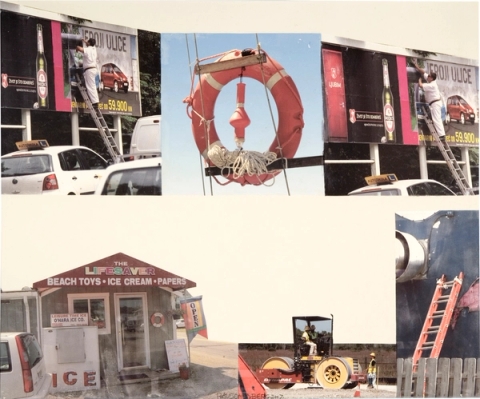 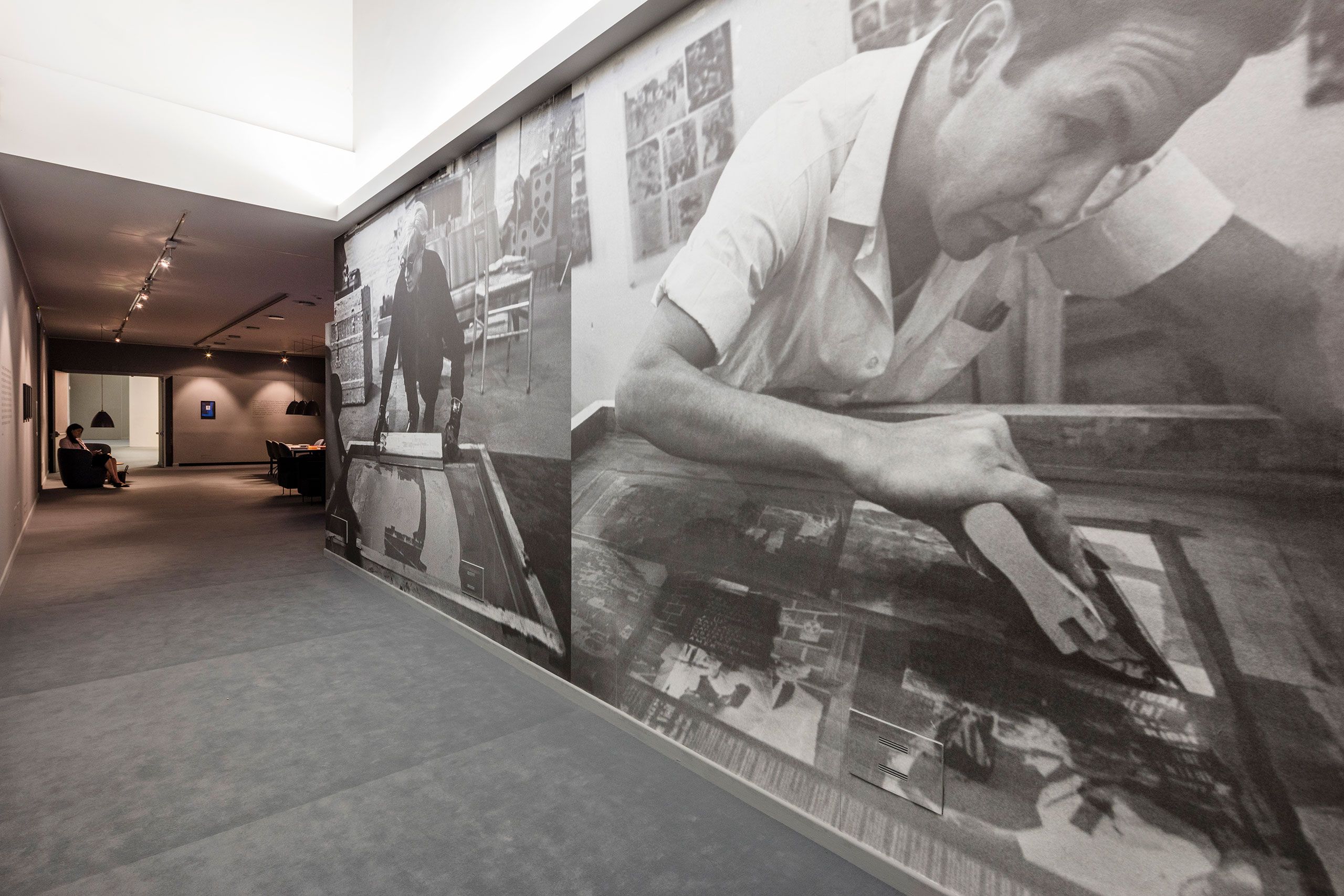 The exhibition, “Us Silkscreeners…” takes the story of the very first silkscreen paintings by Rauschenberg and Warhol as its point of departure, namely Rauschenberg’s Renascence and Warhol’s Dollar Bills Series, both completed in 1962. In the spring of that same year a meeting between the two artists took place, which marked the beginning of a new direction in photo transferring, that would not only impact the artist’s own career, but would also influence the art scene at large, thus, forming Rauschenberg and Warhol’s legacy. Despite employing silkscreens in different ways, both artists shared a common starting point that year, in 1962.

After more than five decades after Rauschenberg received the Golden Lion Award for his breakthrough practice with silkscreens in 1964, Faurschou Foundation is happy to return Rauschenberg to Venice – this time not only focusing on his silkscreens, but on his later series.

The exhibition will include a study room with film, books and further information on the two artists, silkscreens and the meeting in 1962. Faurschou Foundation will also produce an extended catalogue with writings and illustrations to narrate the full story of the earliest silkscreens by Rauschenberg and Warhol in contemporary art. 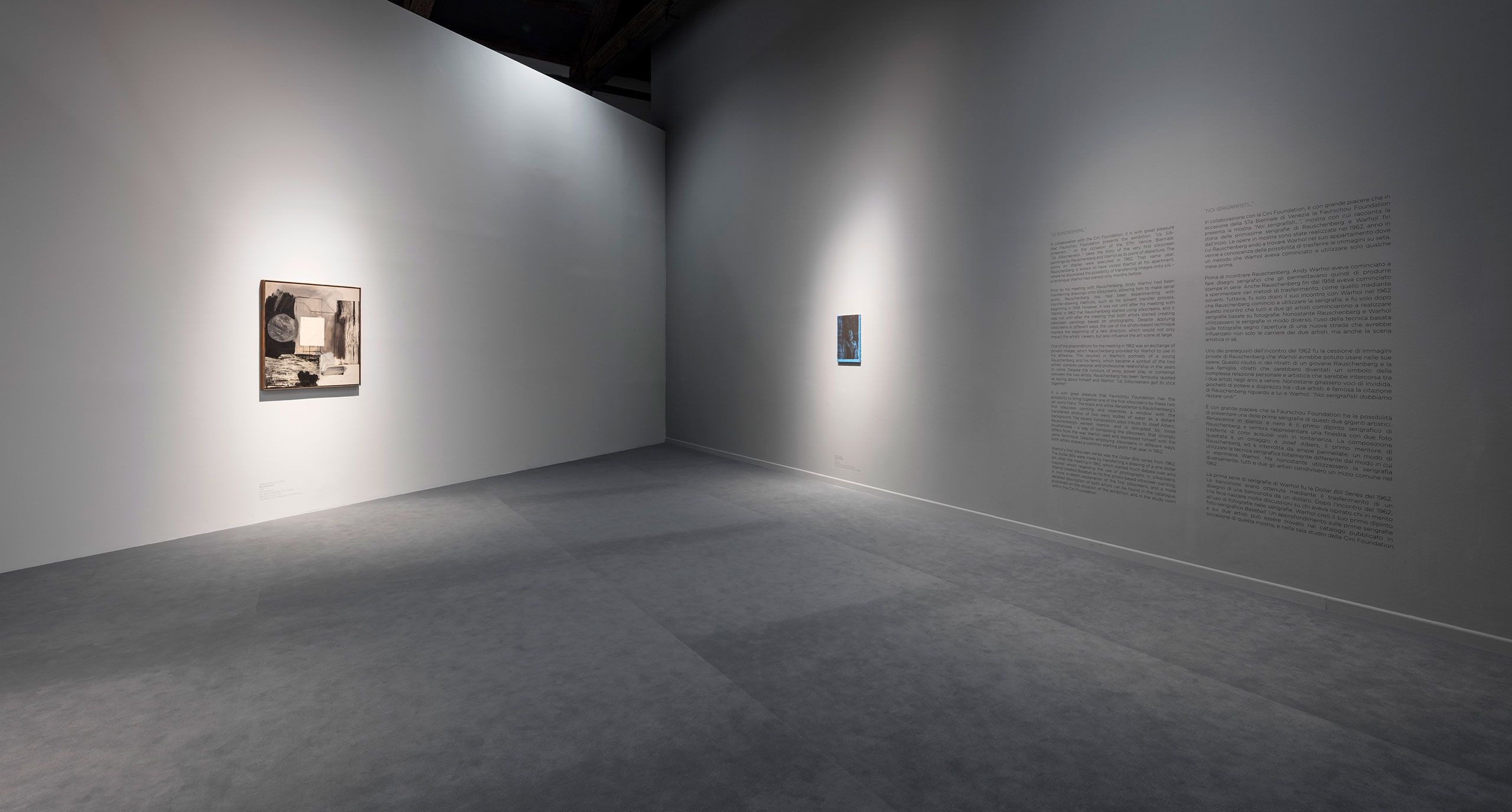 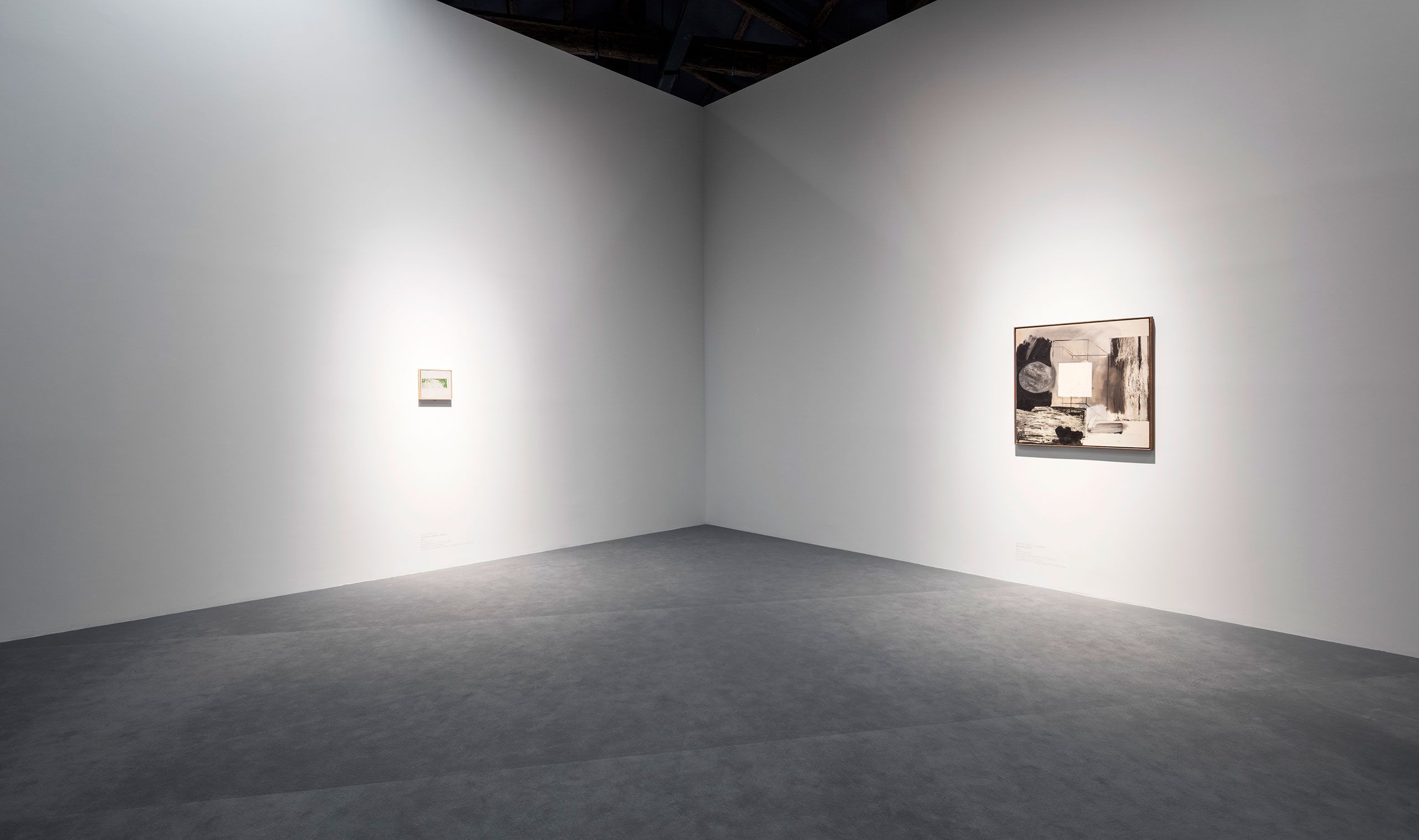 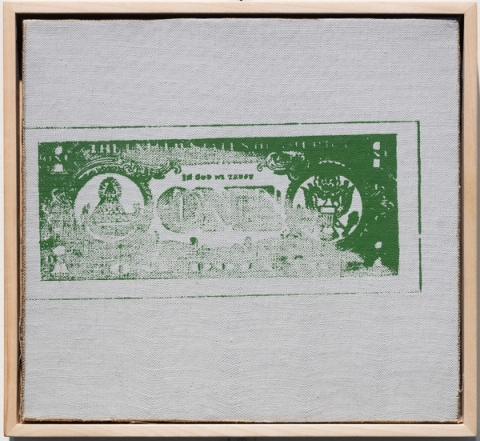 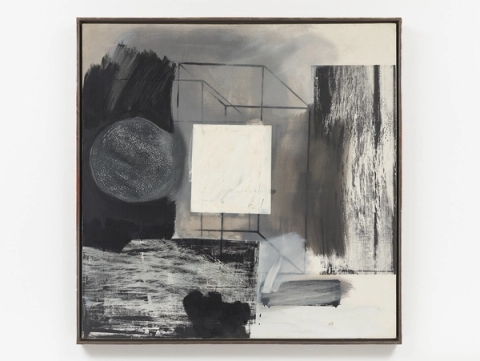 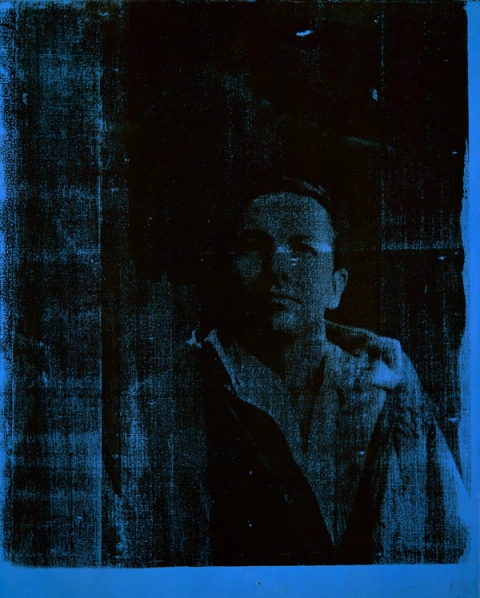 Rauschenberg, 1962, Acrylic and silkscreen on canvas, 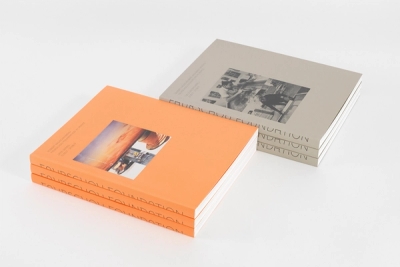