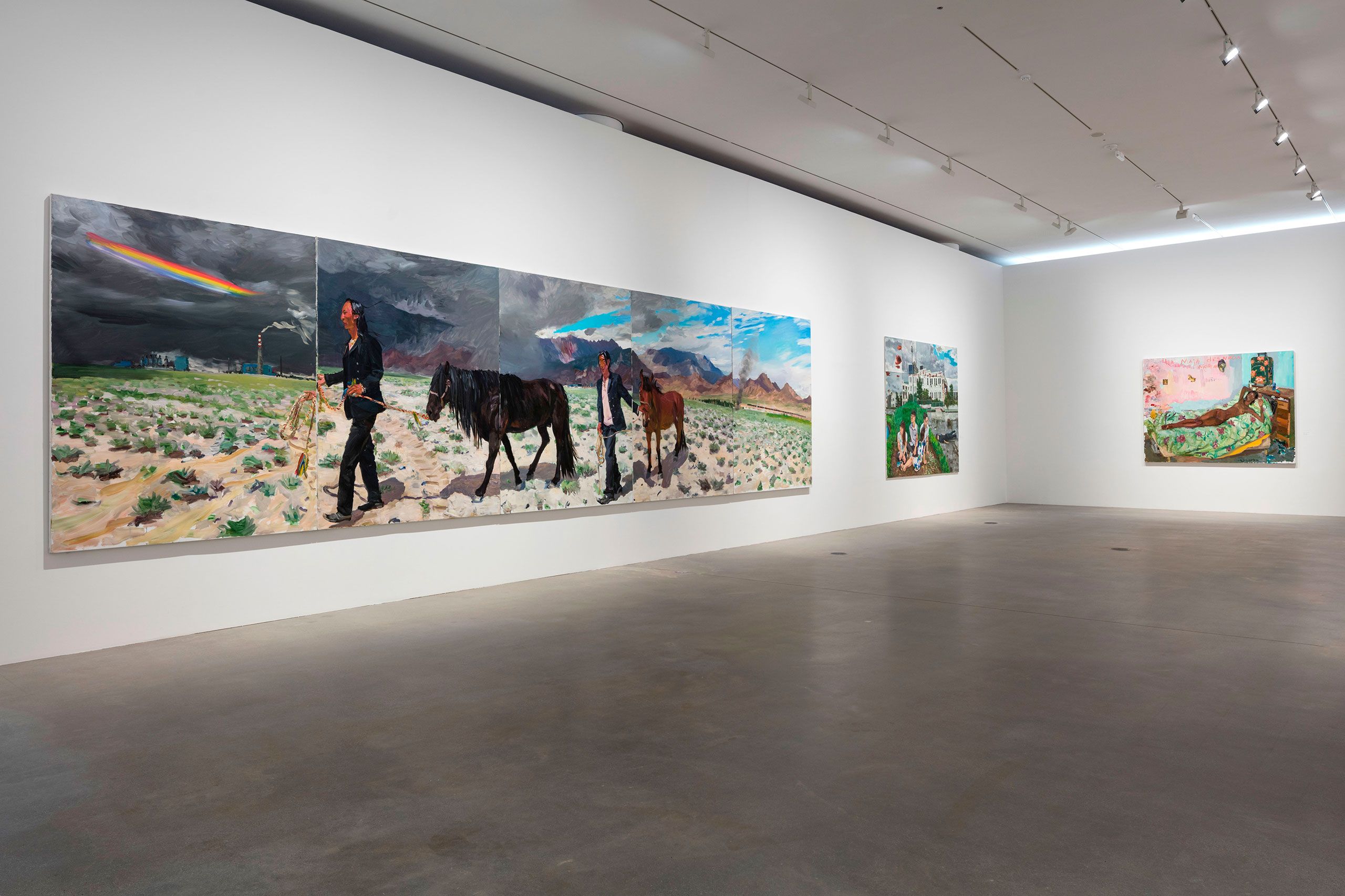 Faurschou Foundation is happy to announce the third and final Liu Xiaodong exhibition in its Copenhagen space.

Painting as Shooting is conceived as an exhibition in three chapters, curated by Jérôme Sans and produced by Faurschou Foundation, in Venice, Beijing and Copenhagen. The first step, which took place at the Cini Foundation for the 56th Venice Biennale, was the first major European institutional exhibition to fully explore Liu Xiaodong’s unique practice, as one of China’s most influential painters of the last two decades. The second, presented by Faurschou Foundation in its Beijing space, presented the most recent series of works created by the artist during his stay in Ordos in Inner Mongolia. The last chapter, mixing the first two shows, represents the most updated survey on Liu Xiaodong’s work.

The exhibition, Painting as Shooting, focuses on a unique selection of some of the artist’s most important projects from the last decade. They deal with major global, sociological, cultural, economic, ecological and environmental issues from the past ten years. It is not meant as a retrospective exhibition, but rather as a journey through images of the various worlds and situations he has witnessed all over the world, in locations such as China, Asia, Cuba, Europe, Israel, etc.

Most recently Liu Xiaodong reactivated the issue on human migration, which appeared in his earlier "Hot Bed" series. Previously he portrayed migrants within Asia, both in his homeland China and in Thailand. Today Liu focuses on the largest migration and humanitarian problem since World War II: communities taking the most dangerous trip across the Mediterranean Sea and the most hazardous routes into Europe to escape the wars in the Middle East and Africa, hoping to find a better future in Europe. This issue will not only impact Europe, but the rest of the world.

Liu Xiaodong's projects will also be presented in an extended book, containing large graphical illustrations, sketches, diary notes and texts by Jérôme Sans. In addition to the exhibition there will be shown ten documentaries each following the different projects. 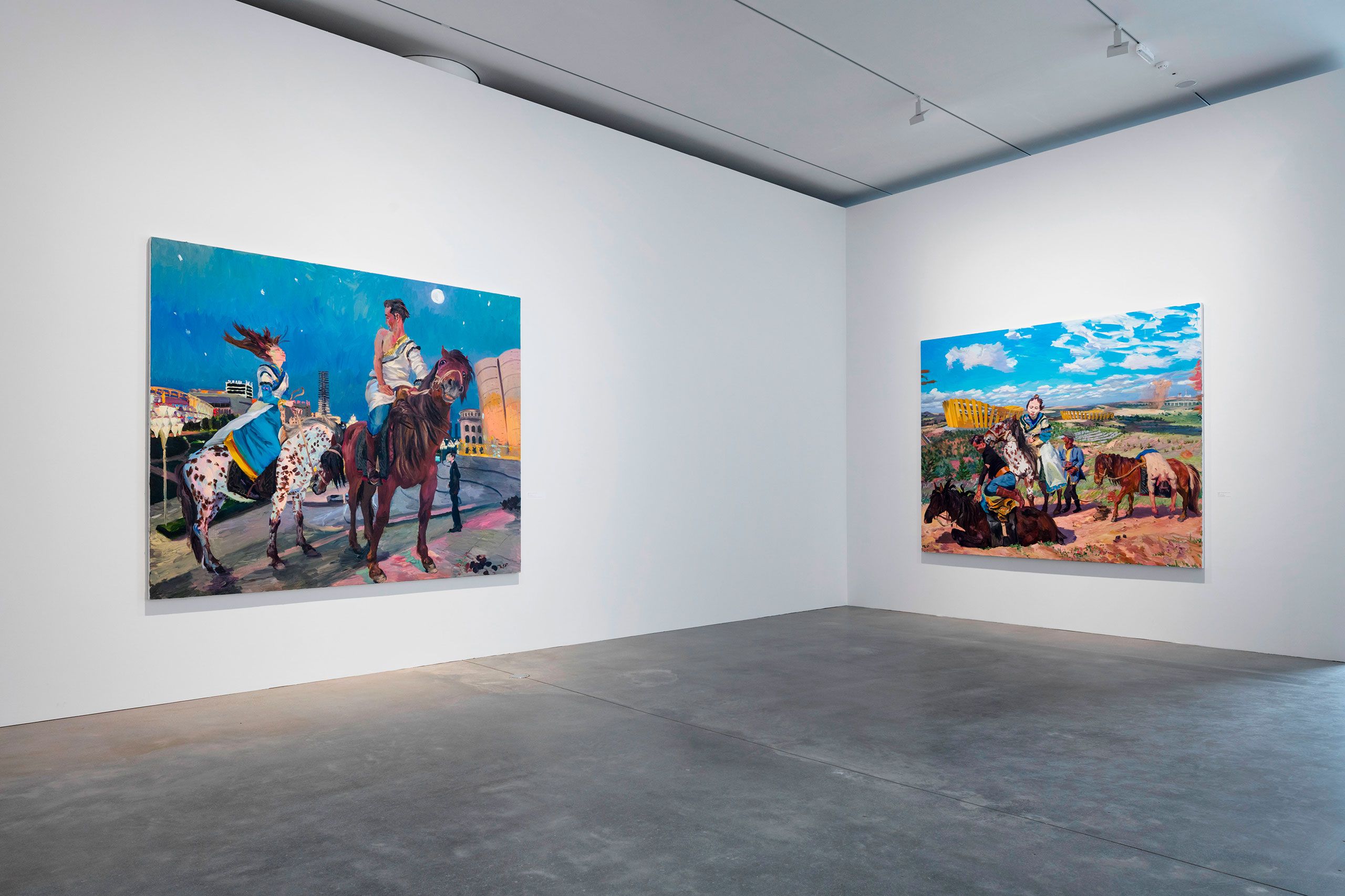 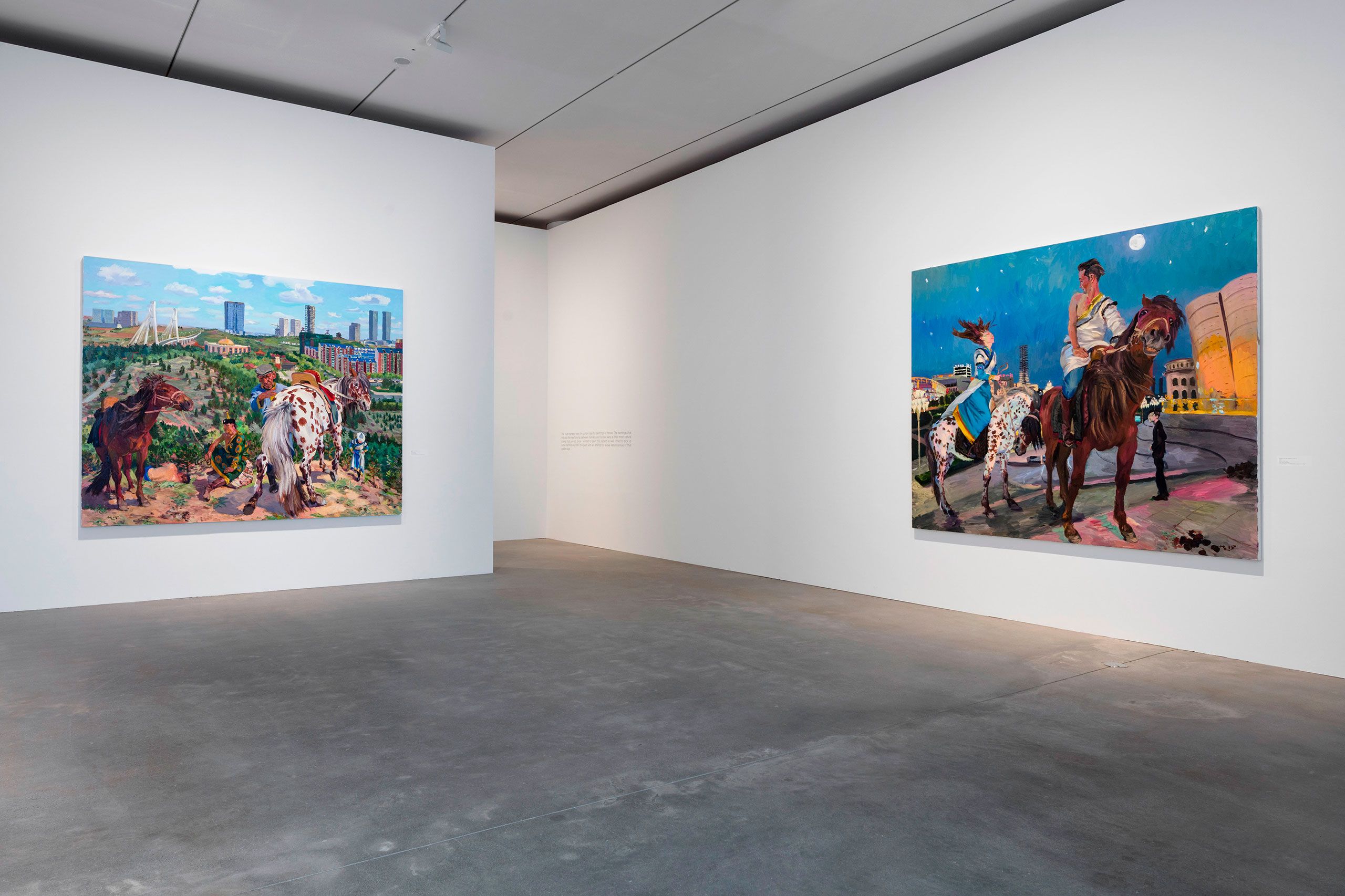 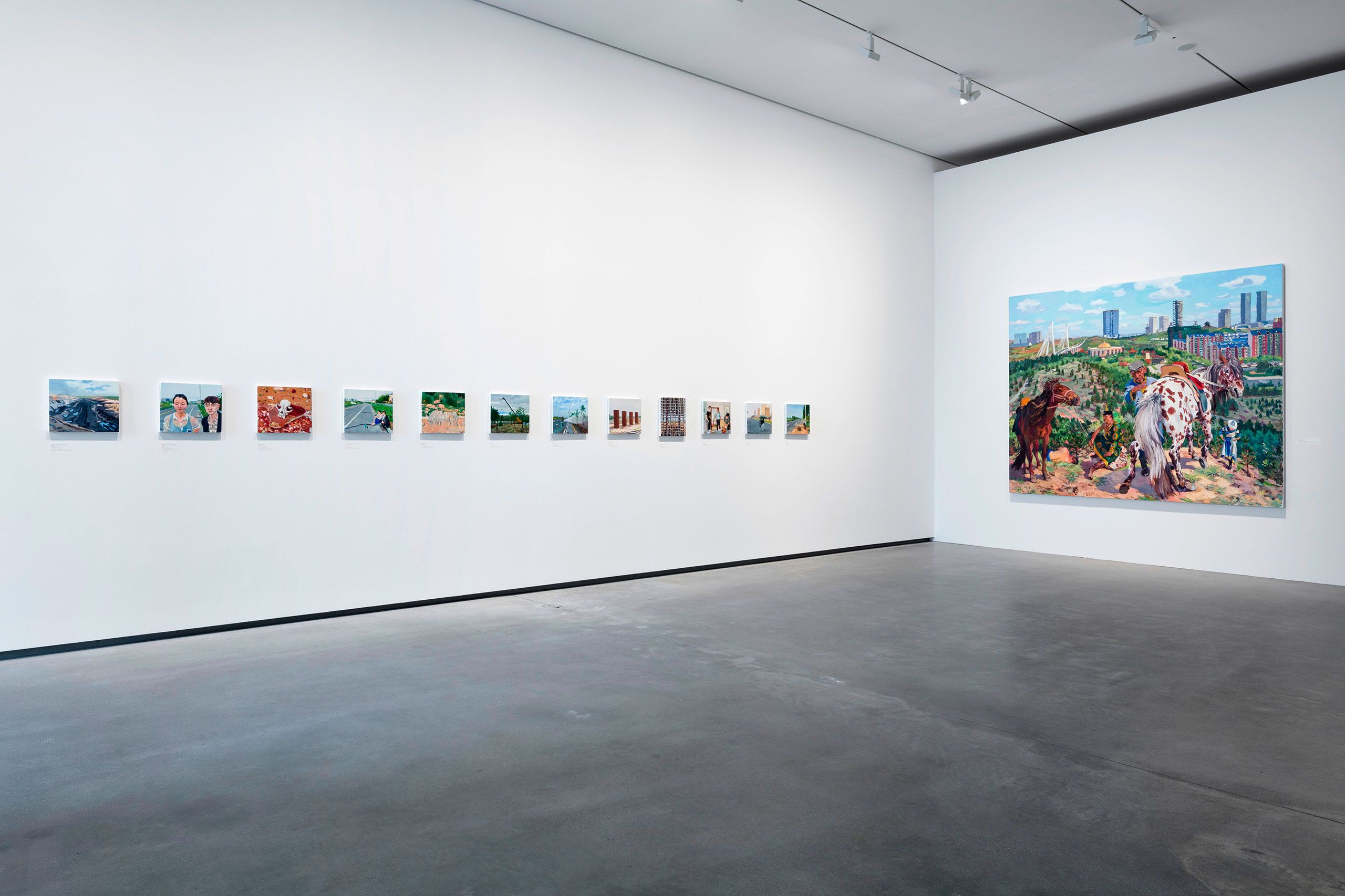 Liu Xiaodong is a painter of everyday life. His images are of family and friends set against modest scenery capturing ordinary moments, such as eating, laughing or playing games. However, in-depth exploration of what is hidden behind the small

stories that populate the surface of his work reveals a much bigger picture. Xiaodong’s paintings are pointing with simple gestures to the reality of the periphery, the margins and the paradoxes of our contemporary society. It is the reality that no one dares to speak about; the tough reality of daily existence that reaches out to us from displaced communities—from migrant workers, victims of ecological and natural disasters and sex workers to the new homeless—all sharing the dream of a better life.

Liu Xiaodong approaches his work with the eyes and the storyboard practice of a filmmaker. Each of the artist’s major works begins with a simple idea from one of his daily diary entries, describing the events he has witnessed, photos he has taken or people he has met, and then transforms them into live characters on his canvas. In a way the artist’s paintings resemble a production set where he acts as a director who collaborates with actors to play, record or recreate a situation, various impressions or the effects thereof. It is hereby that Liu Xioadong embodies the concept of "painting as shooting." 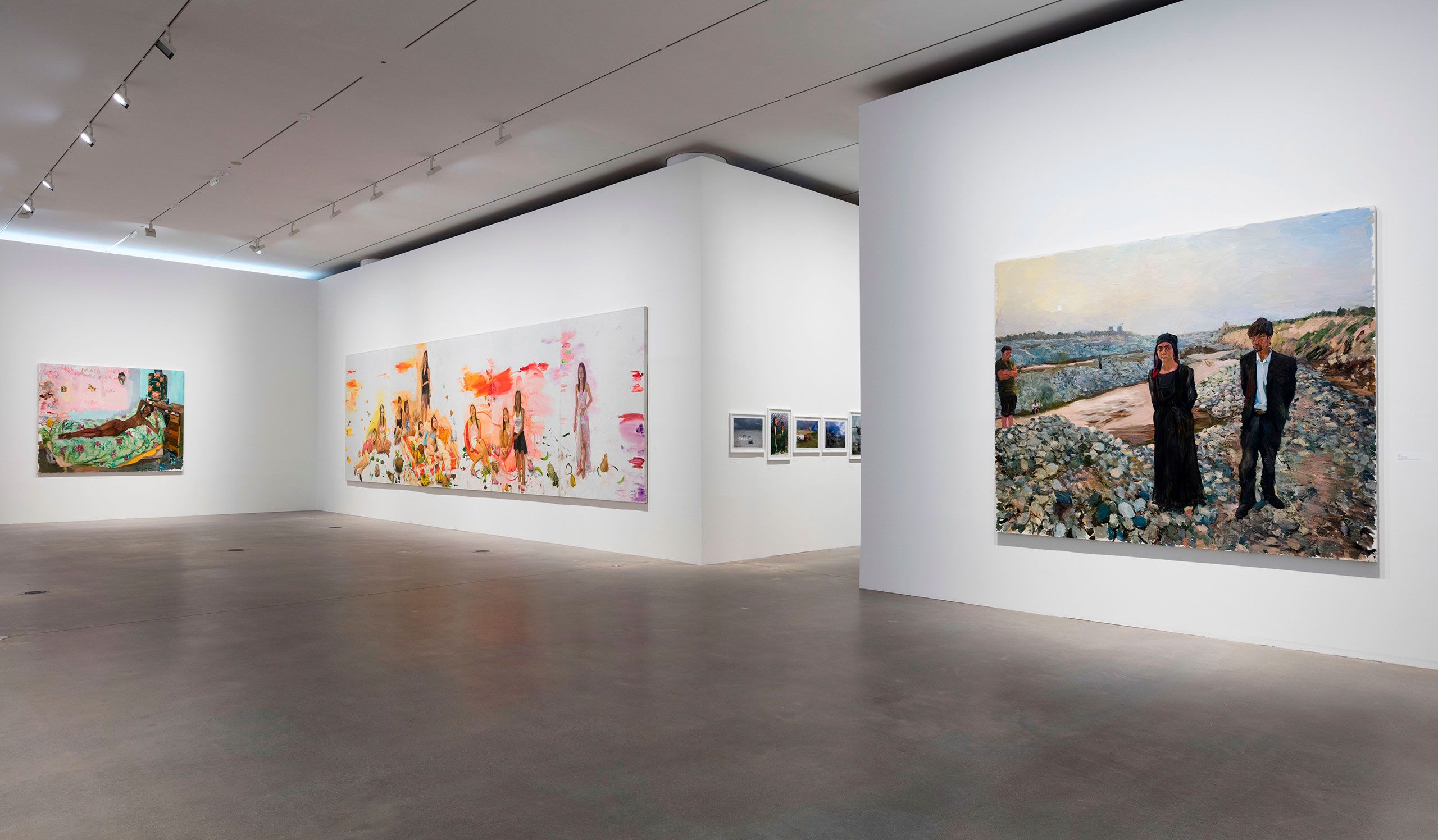 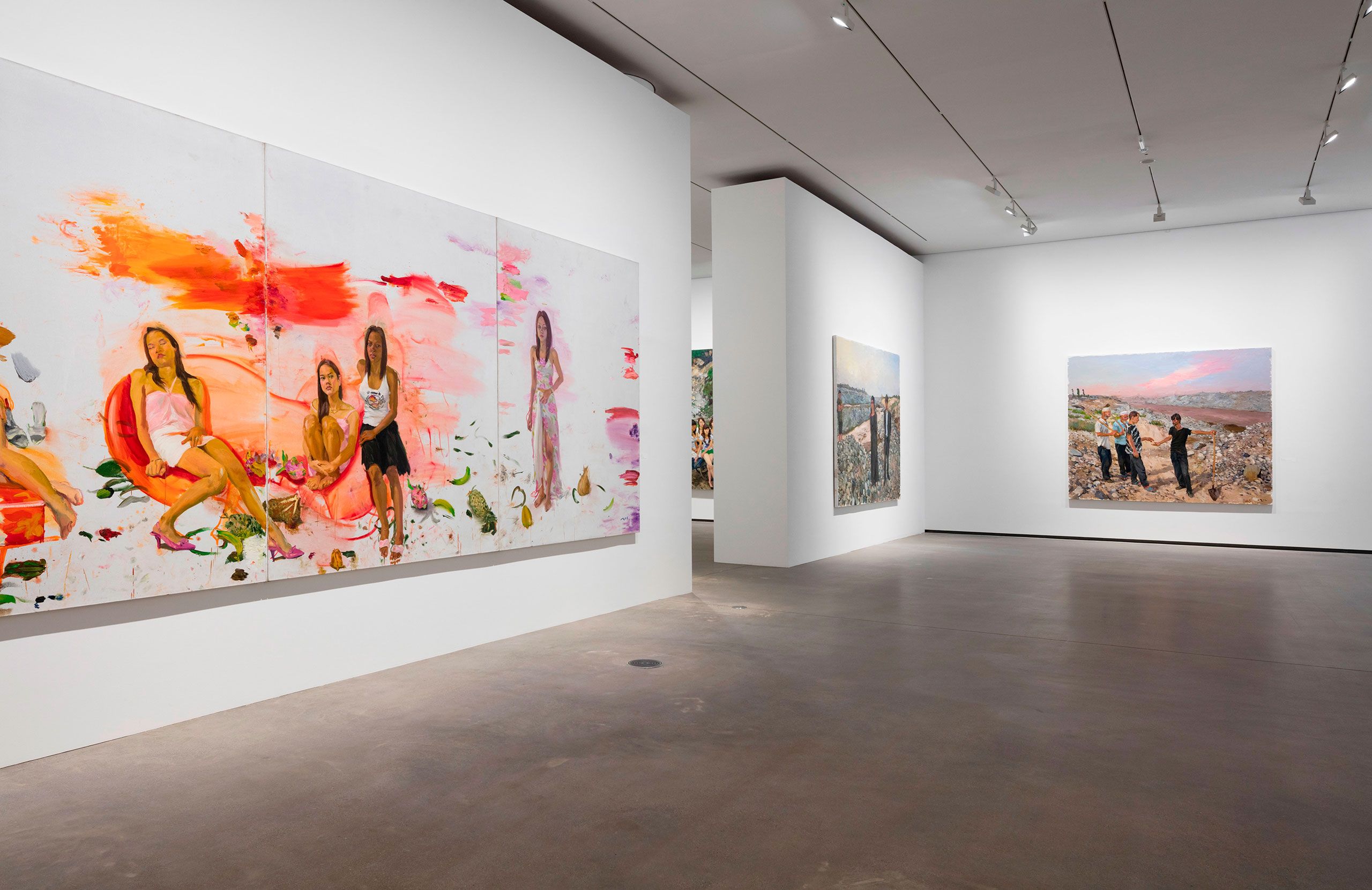 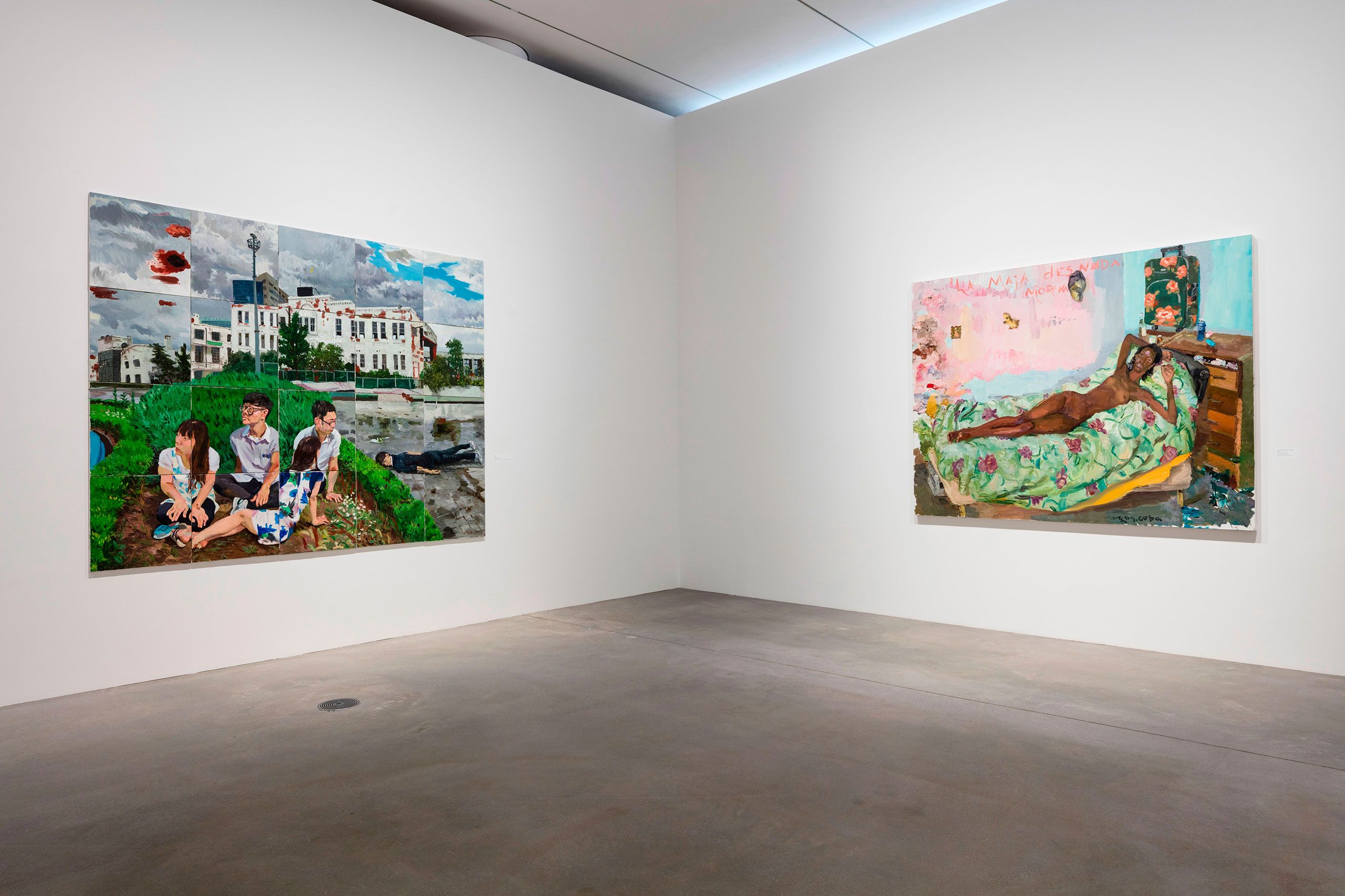 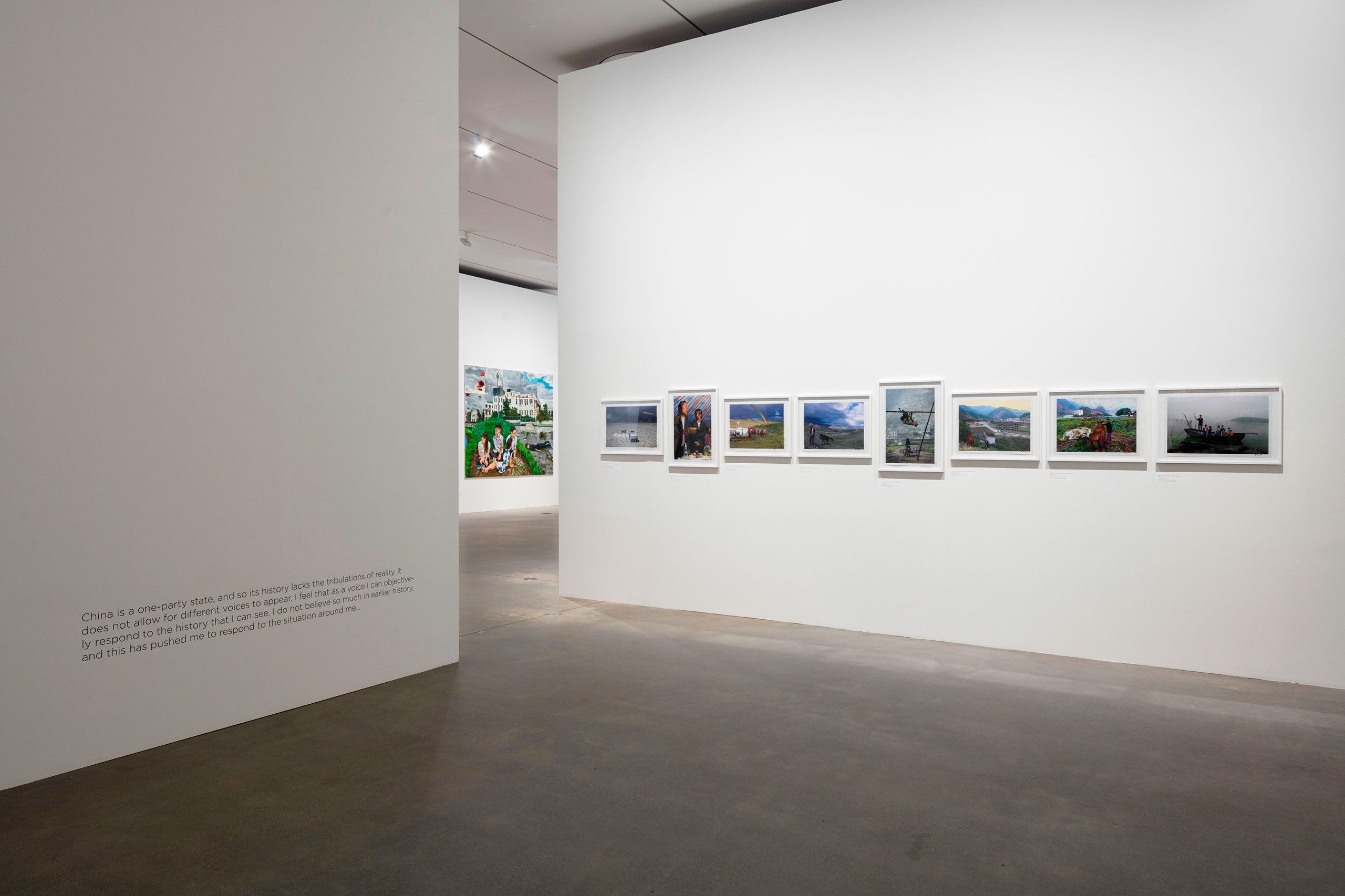 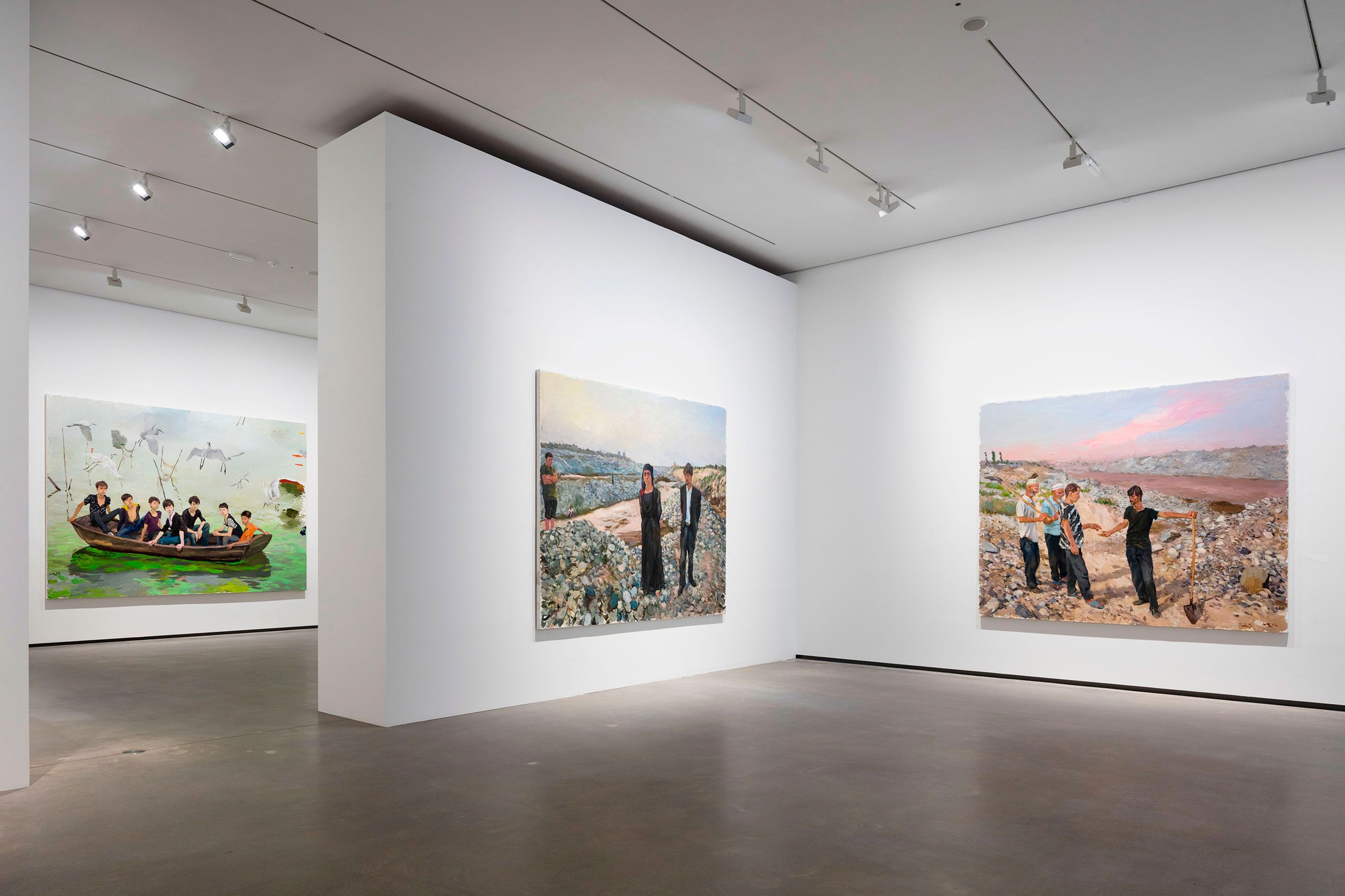 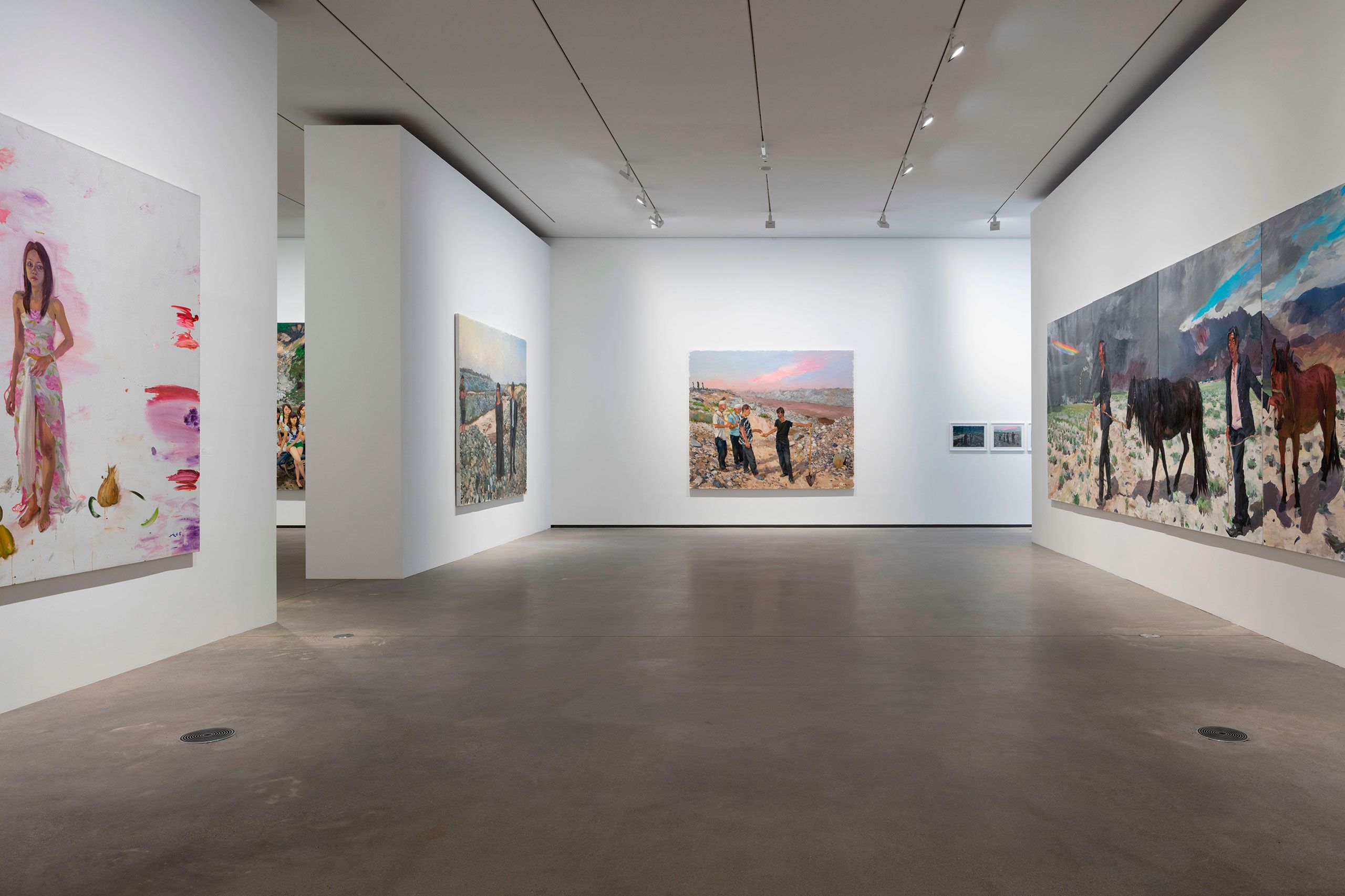 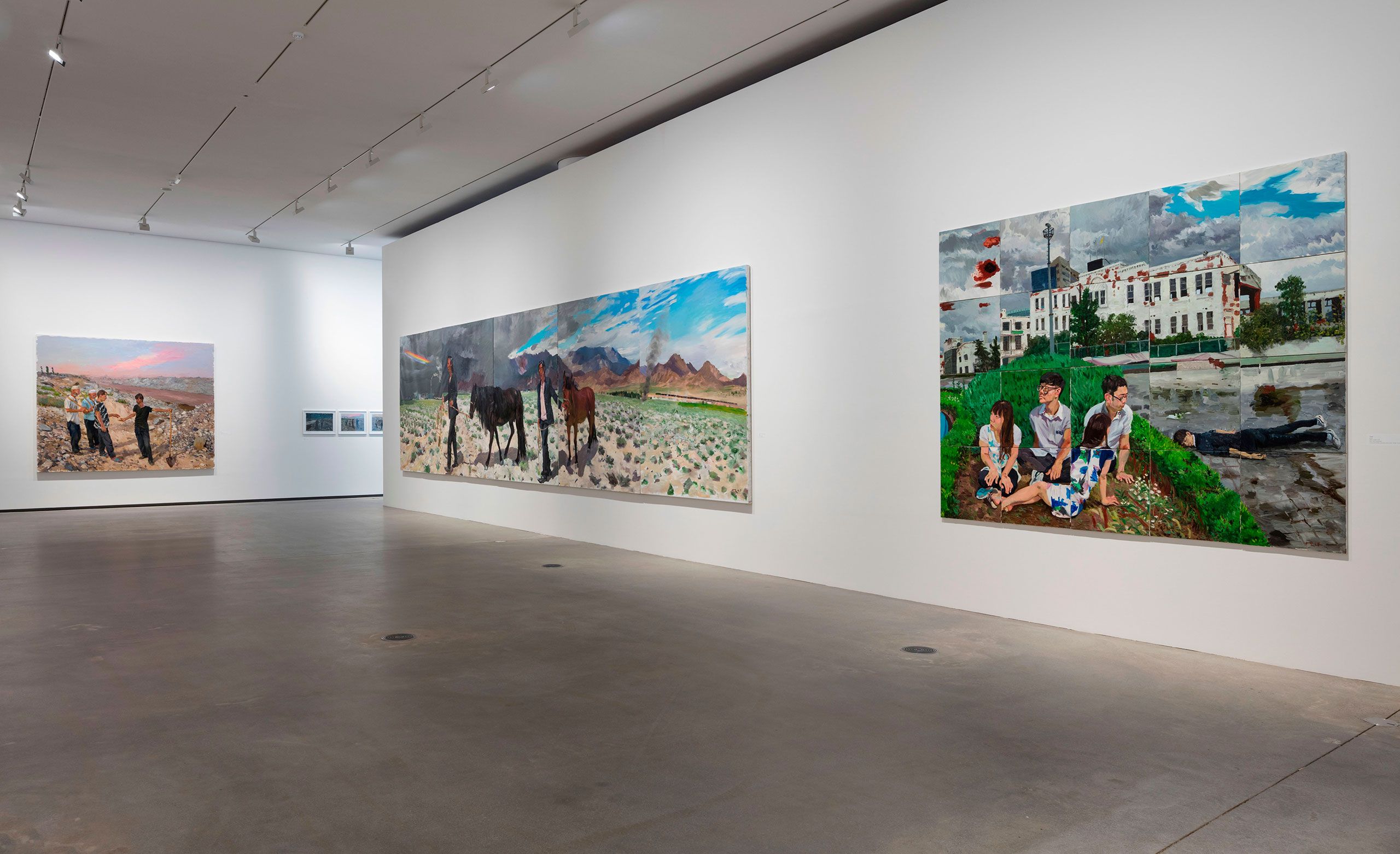 Liu Xiaodong (1963) lives and works in Beijing. He holds a BFA and an MFA in painting from the Central Academy of Fine Arts, Beijing (1988–95). The artist gained recognition in the 1990s and represents the Chinese Neo-Realism style. His solo exhibitions include Kunsthaus Graz, Austria (2012) and Ullens Centre for Contemporary Art, Beijing (2010), while his work was also shown in various group exhibitions such as the Shanghai Biennale (2000, 2010), the 15th Biennale of Sydney (2006) and the 47th Venice Biennale (1997).

Jérôme Sans is an internationally renowned curator, art critic, artistic director who has curated numerous major exhibitions around the world. He was the former director of the ground-breaking Ullens Centre for Contemporary Art in Beijing and co-founder of the acclaimed Palais de Tokyo in Paris. He is currently artistic director of one of the most important urban development projects in Europe, the Lyon Rives de Saône-River Movie, and co-founder of Perfect Crossovers ltd, a Beijing based cultural consultancy group. 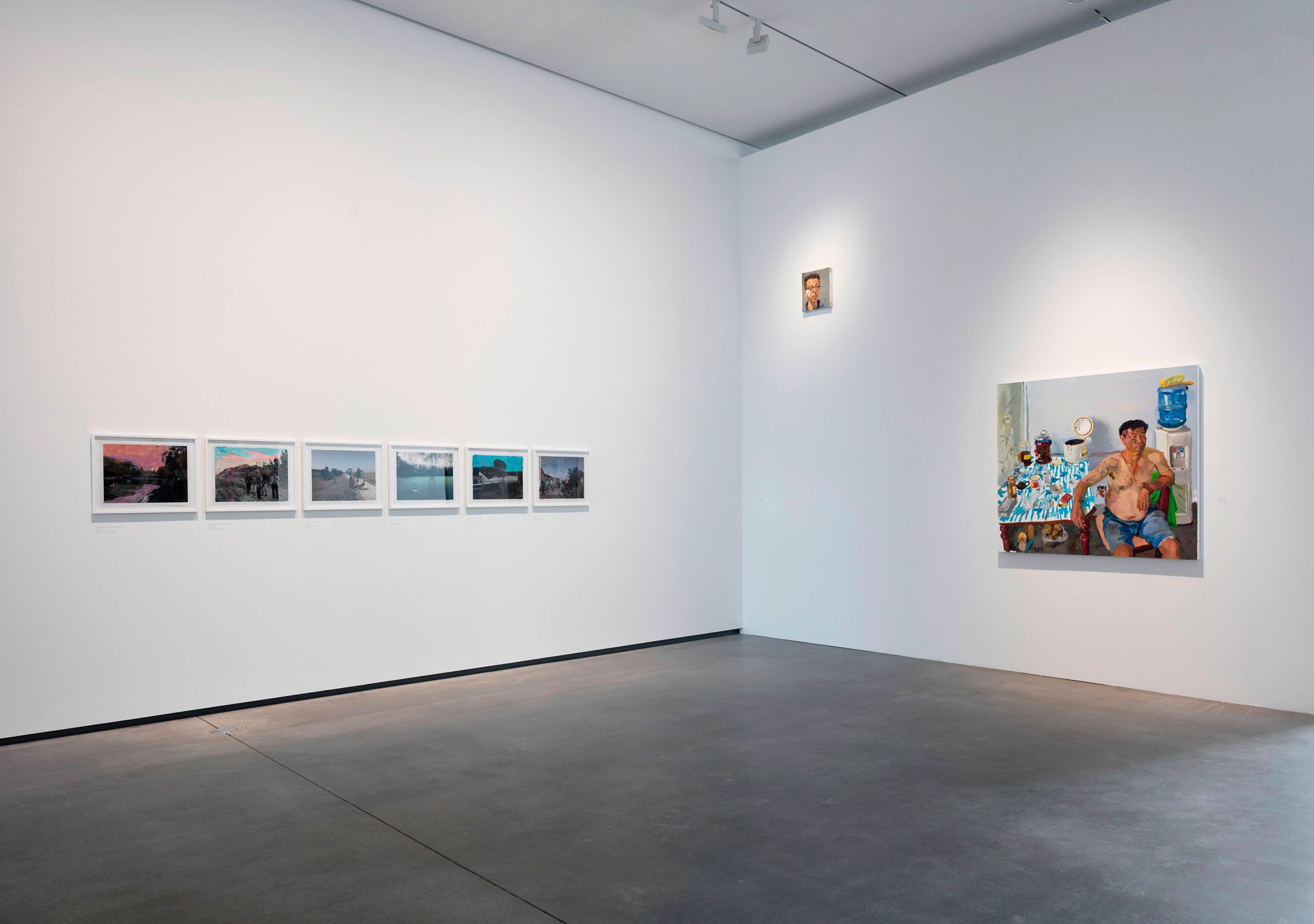 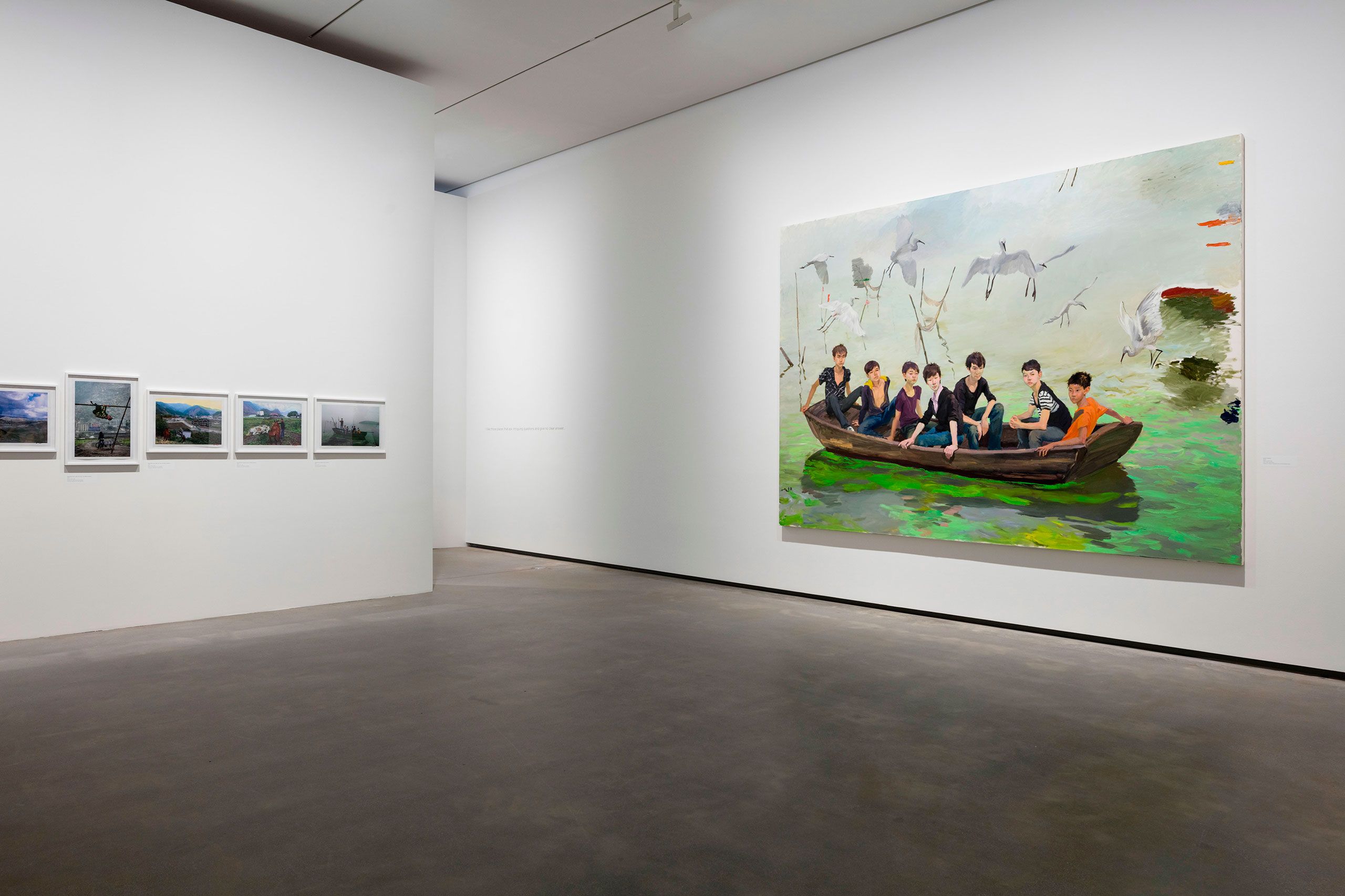 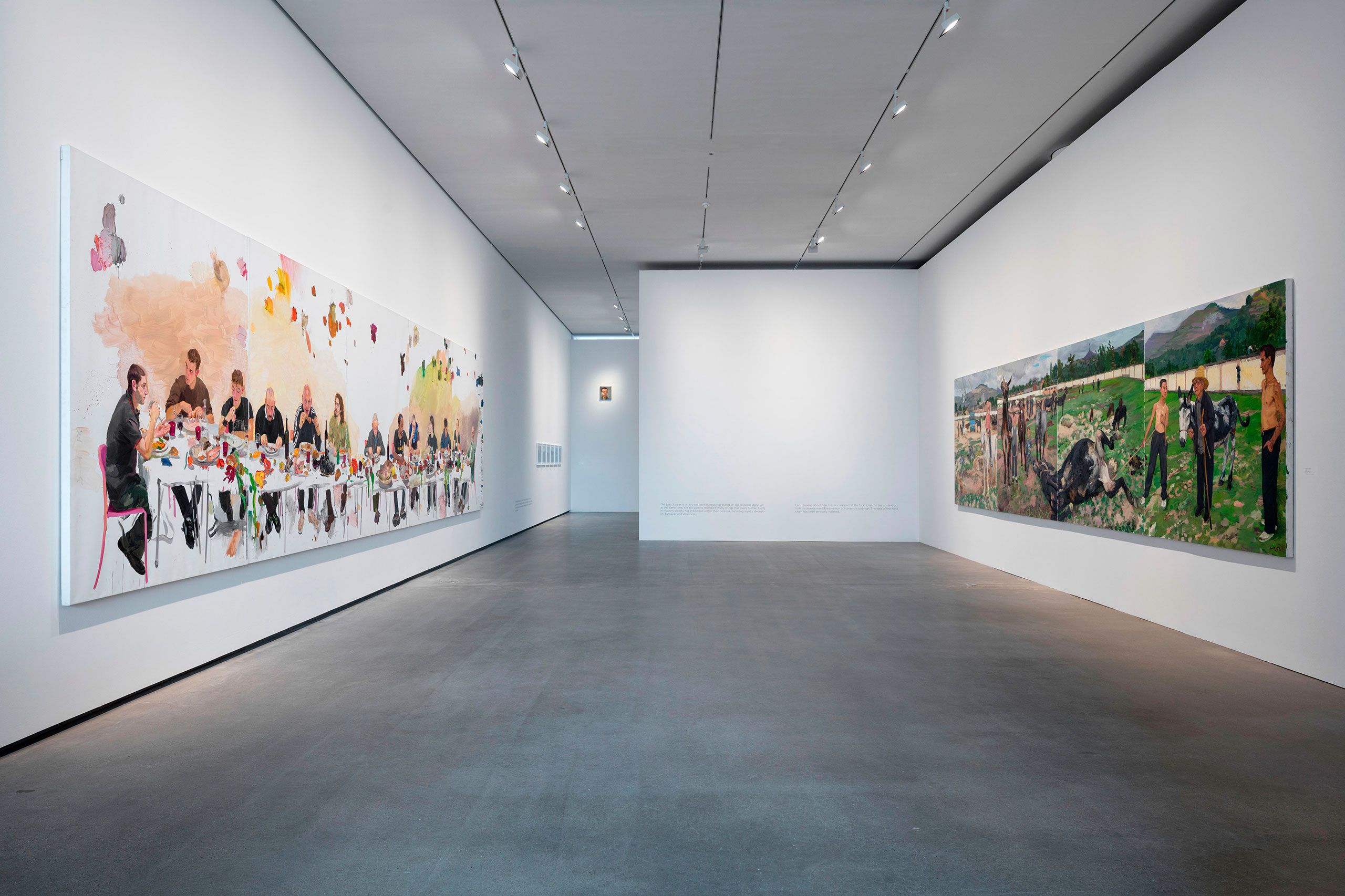 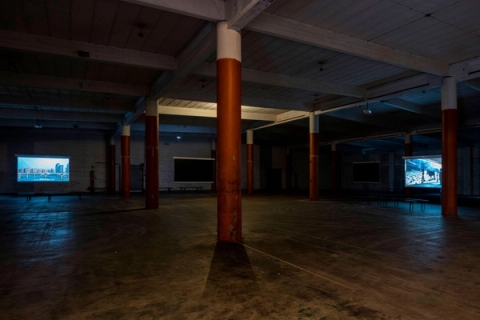 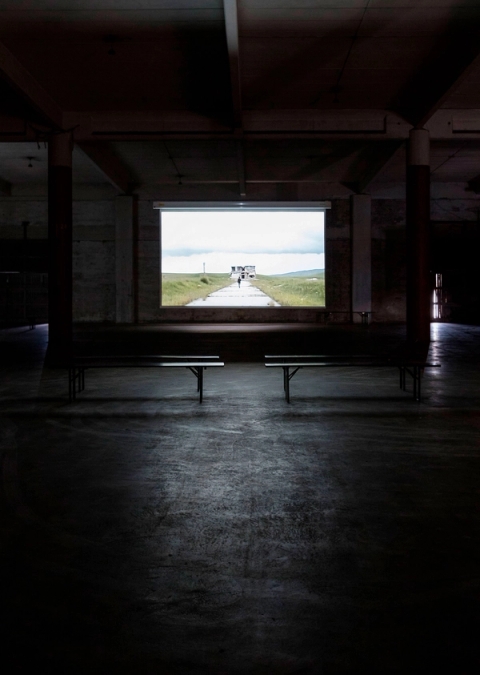