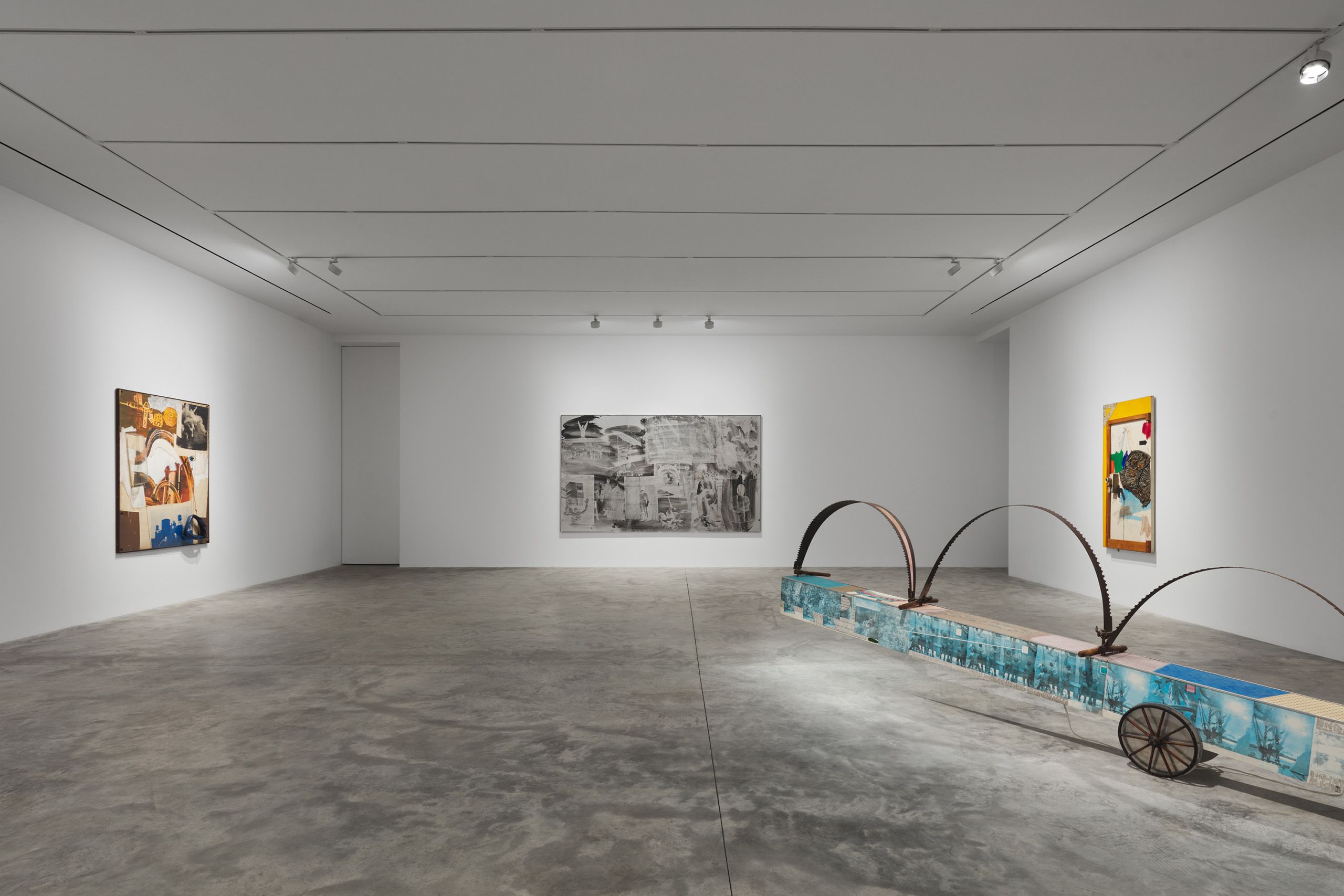 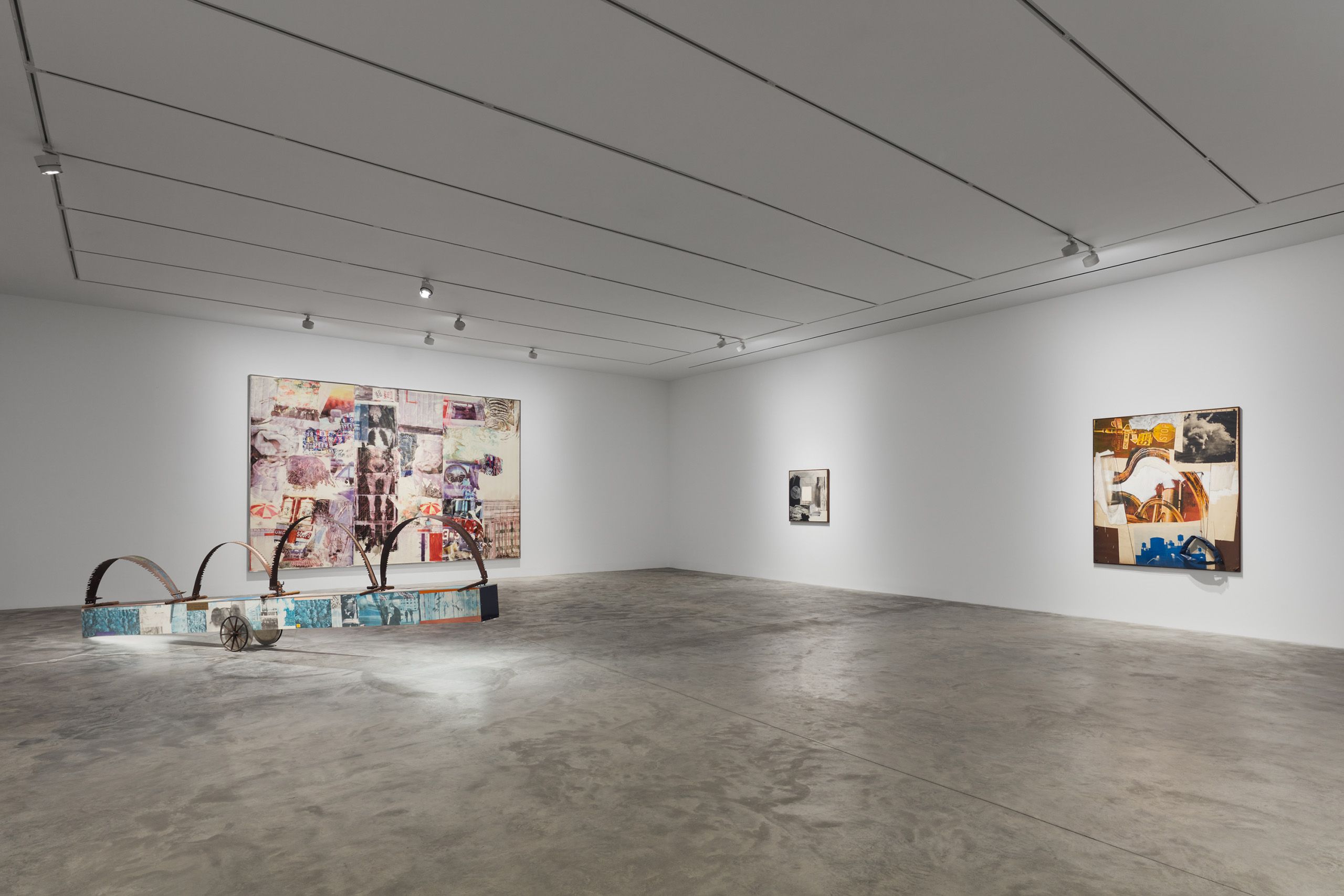 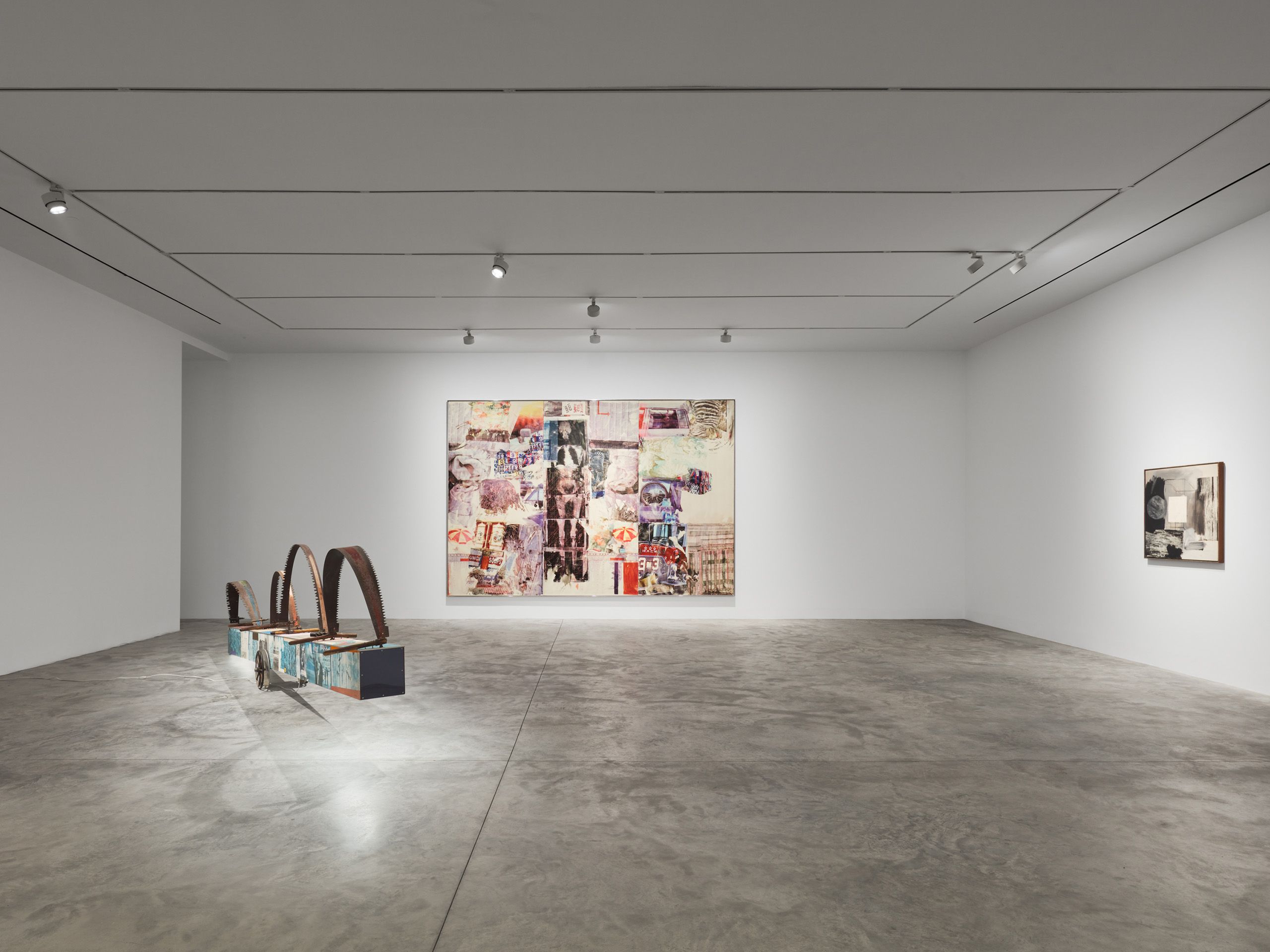 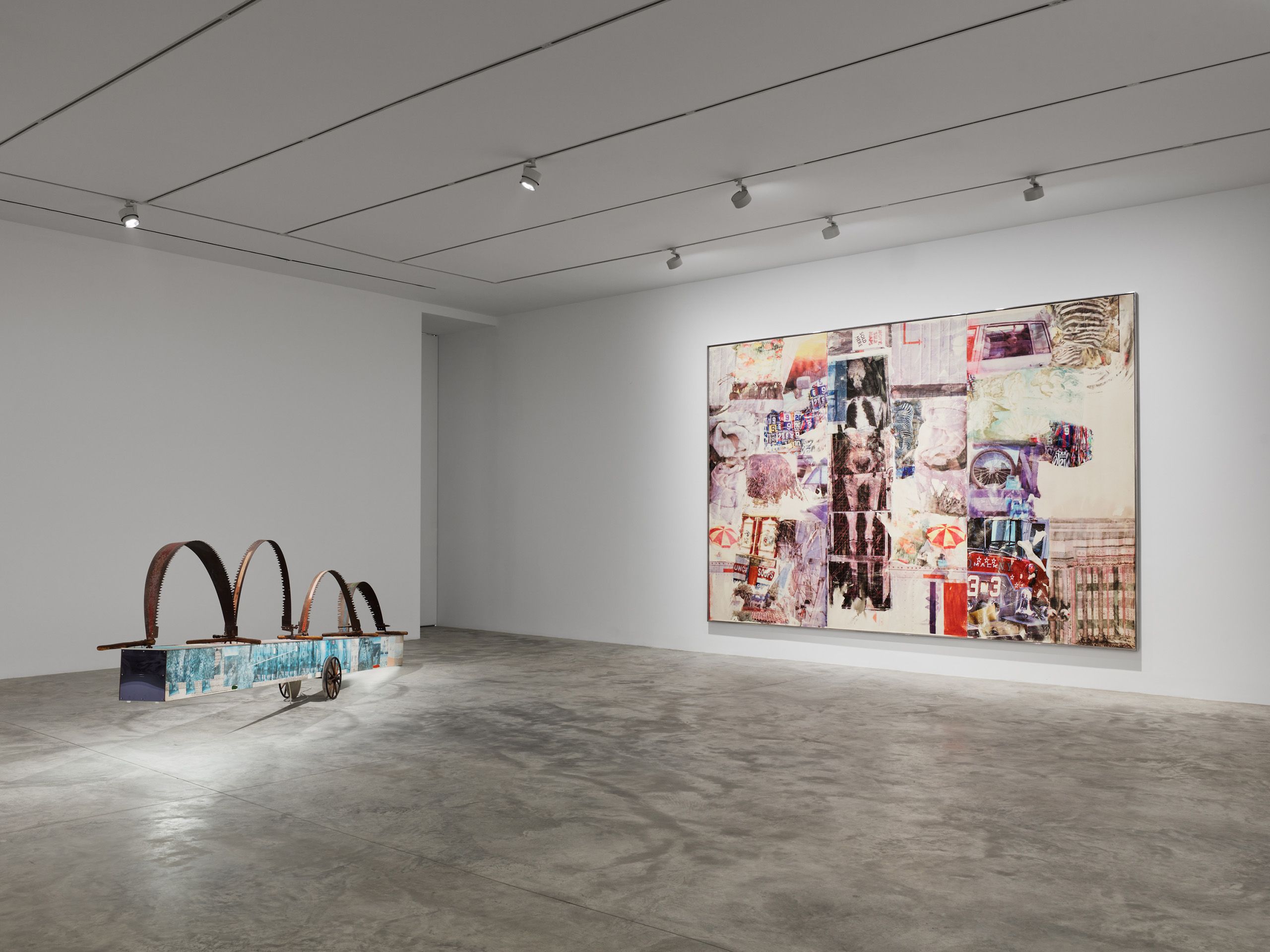 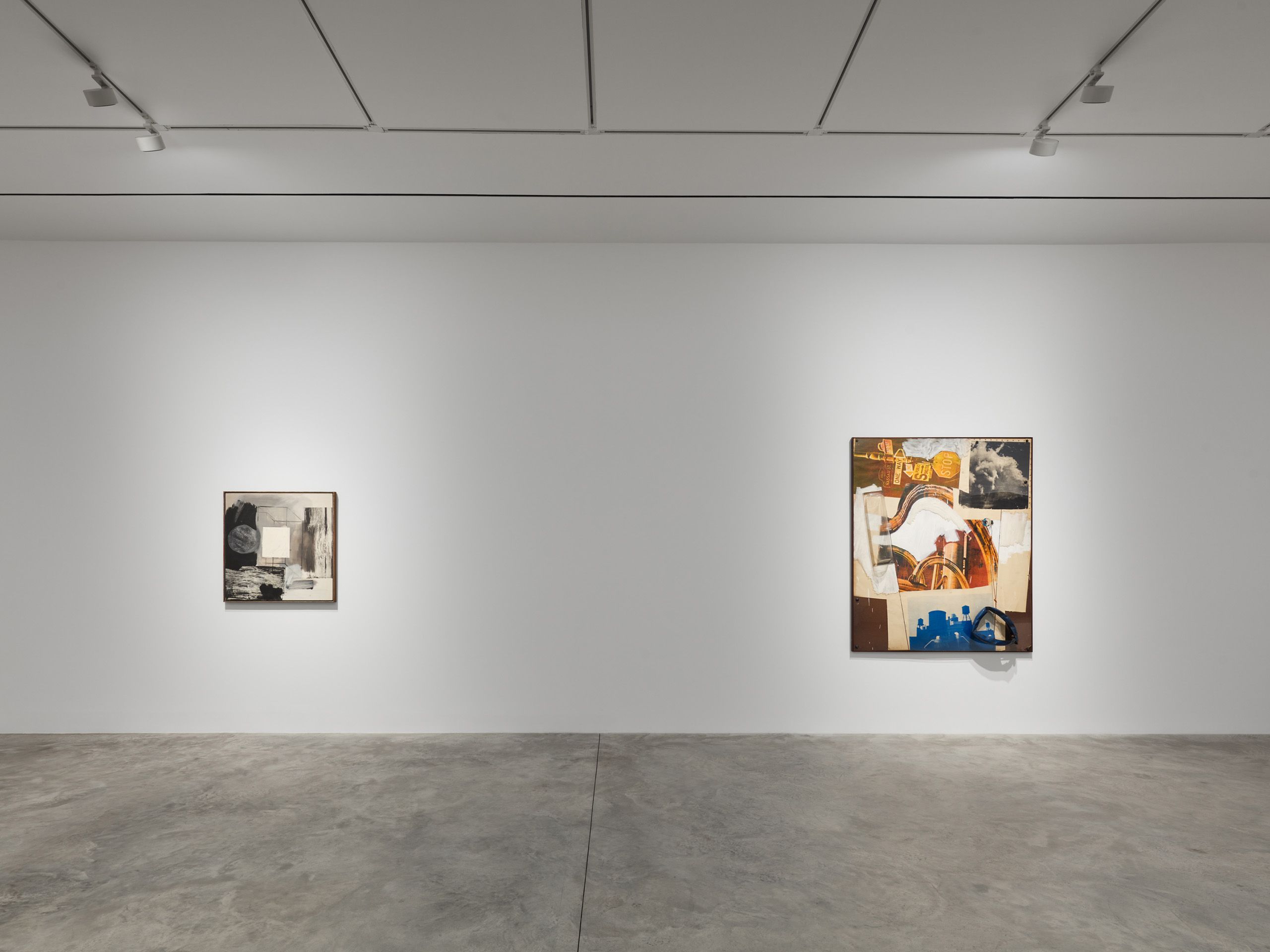 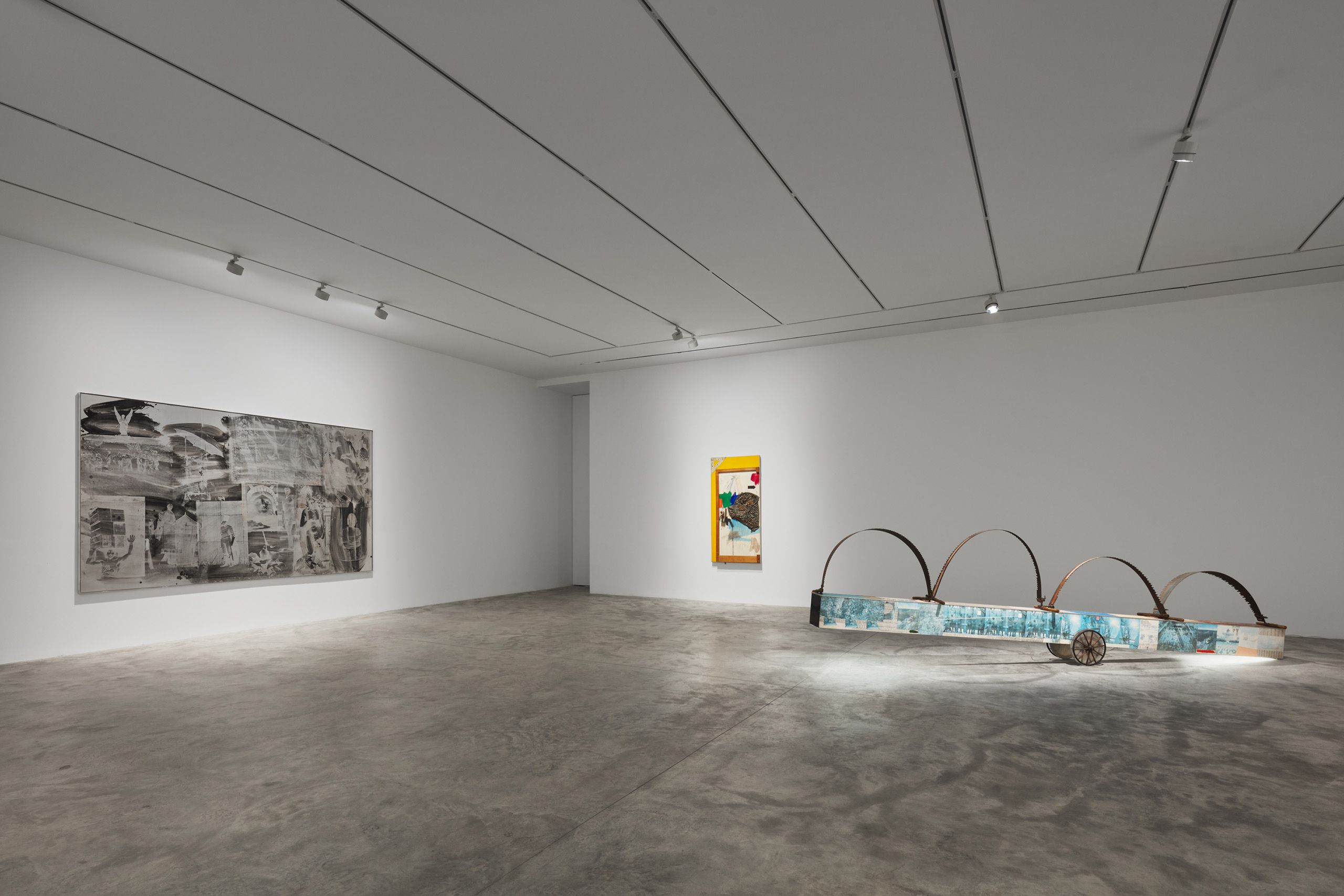 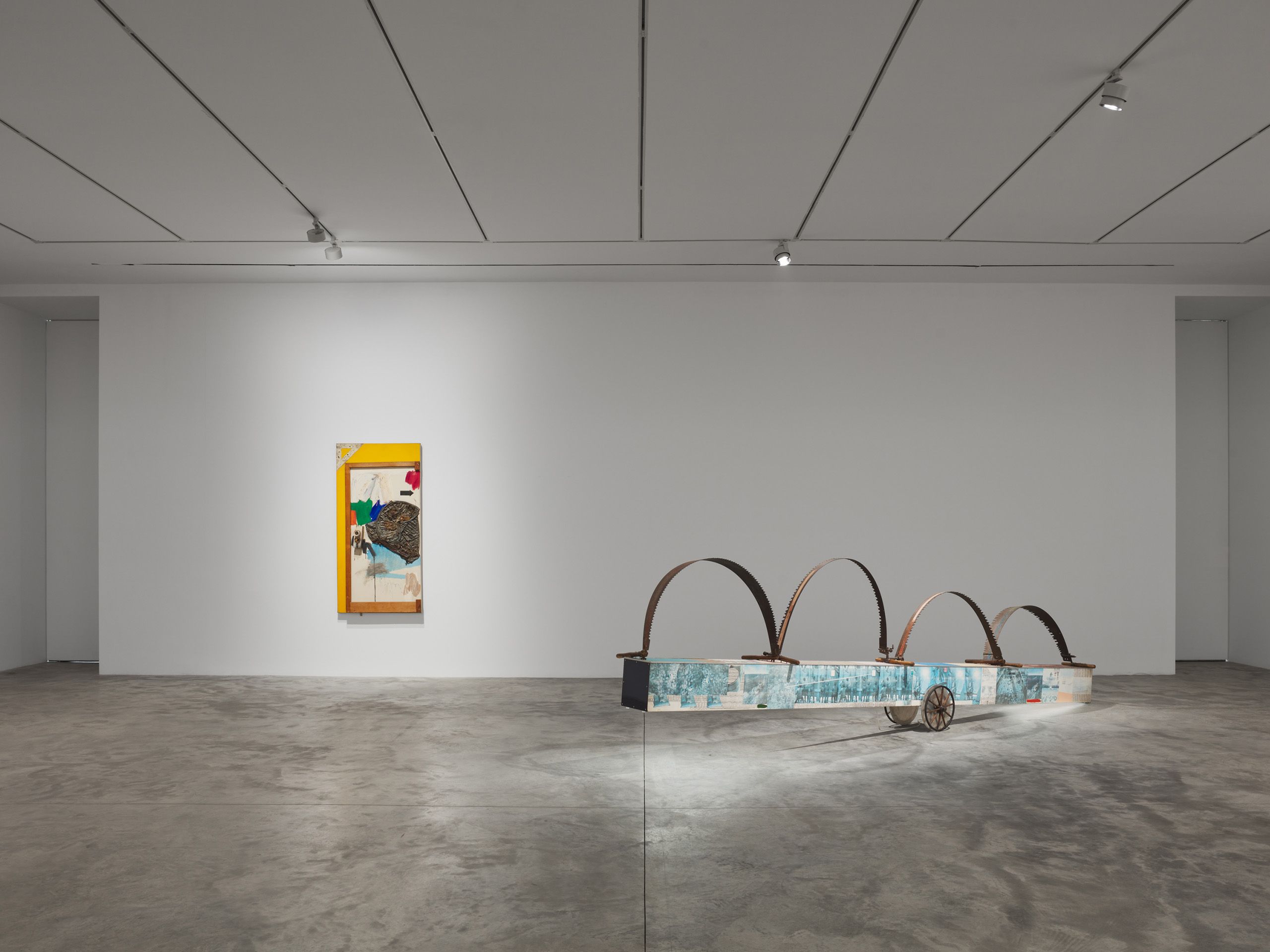 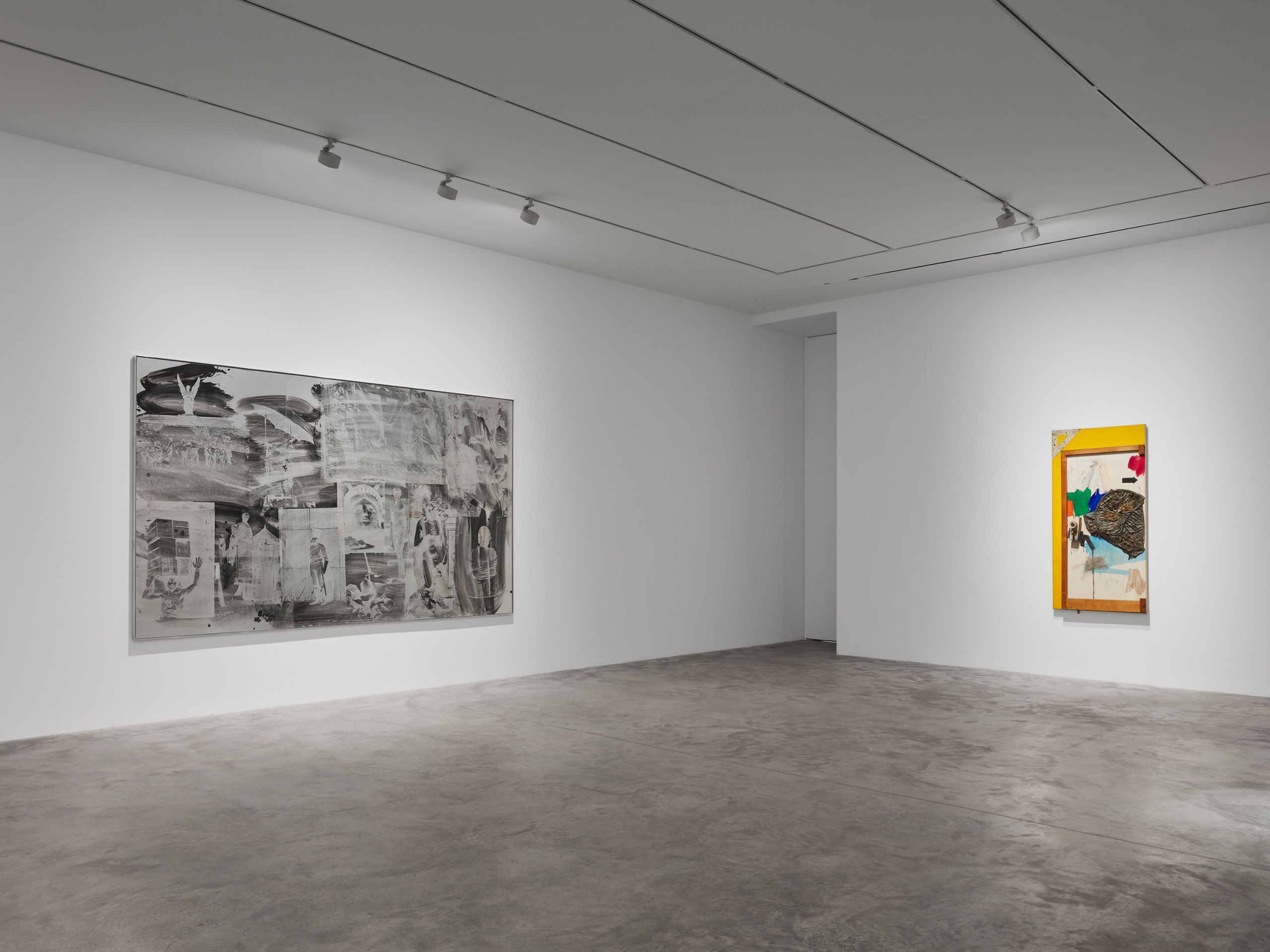 The exhibition brings together a range of works by Robert Rauschenberg (1925-2008), spanning from the artist’s early Combines to later silkscreen paintings, works on metal, and sculpture.

Drawn exclusively from Faurschou collection, Robert Rauschenberg: A Subjective View showcases the grand cadence of Rauschenberg’s art and pays tribute to the life and work of an artist who worked freely, openly, and generously with various media, images, history, and material throughout his ever-innovative practice.

Rauschenberg looked for beauty in the small details of everyday life; he had a way of composing picture surfaces with a strong visual rhythm, using elements that are repeated or juxtaposed. In The Lurid Attack of the Monsters from the Postal News Aug. 1875 (Kabal American Zephyr) (1981) on view in the exhibition, bent and rusted saws undulate over a long rectangular box fixed to a wheel near its center. Photographic imagery covers the box, including people wearing gas masks, John Lennon playing the piano, cartoonish swimming children, skeletons, and butterflies. Historical events and symbols of mortality and transformation appear side by side in non-hierarchic combinations, challenging a one-sided view of reality.

Together, the works in the exhibition evoke charged sensations from dispa- rate points in Rauschenberg’s practice. Great warmth radiates from the central piece Mirthday Man [Anagram (A Pun)] (1997); an appreciation of life as it is lived and seen. Completed on the artist’s 72nd birthday and featuring a full body x-ray taken of Rauschenberg in the 1960s, the large work testifies to the aging artist’s lifelong experimentation with transfer and collage techniques. Surrounding the artist’s x-ray are photographs from his travels and places and things he remembered with pleasure. The piece seems to express the essence of what Rauschenberg’s work is all about: humor, beauty, everyday life, the clash of high and low, life and death. 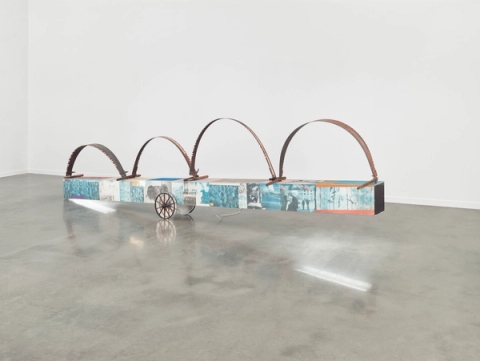 The Lurid Attack of the Monsters from the Postal News, August, 1875, (Kabal American Zephyr), 1981
Solvent transfer, acrylic and collage on wood veneer and aluminum with objects
41 x 192 x 17 in 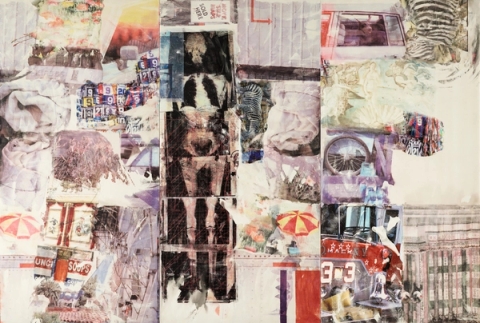 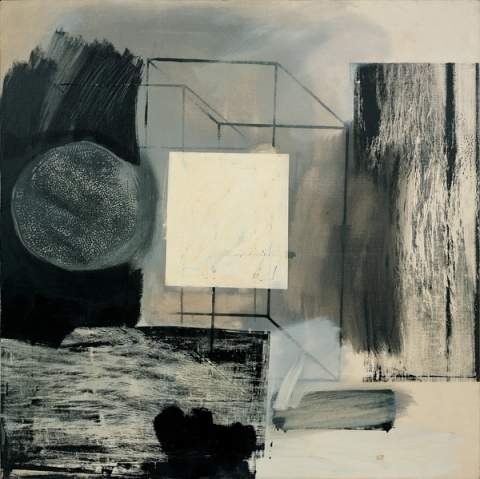 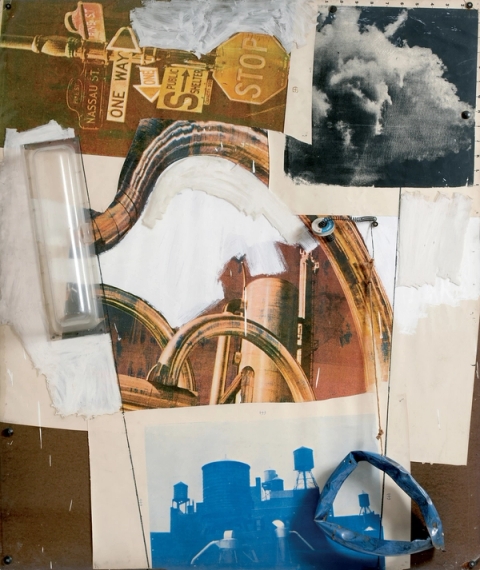 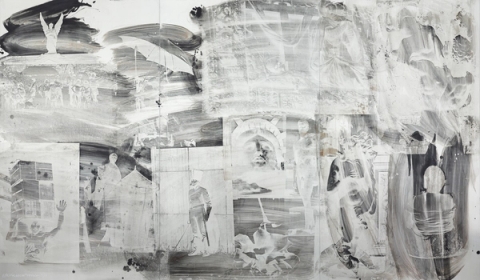 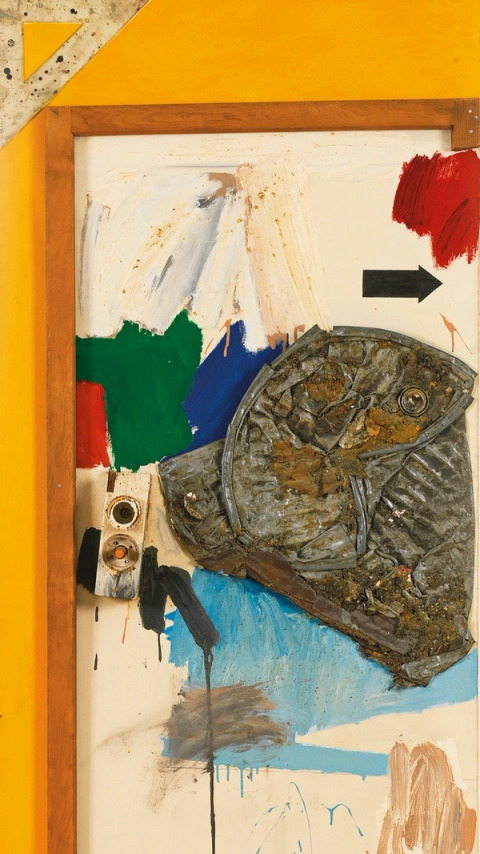 "ROBERT RAUSCHENBERG HOLDS A SPECIAL PLACE IN OUR COLLECTION. HAVING COLLECTED HIS WORKS FOR OVER 30 YEARS, WE CONTINUE TO BE INTRIGUED BY THE WORK’S TIMELESS RELEVANCE AND BEAUTY." 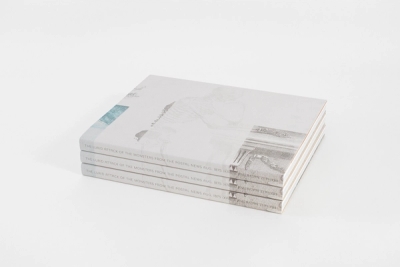 The Lurid Attack of The Monsters From The Postal News Aug. 1875 (Kabal American Zephyr)